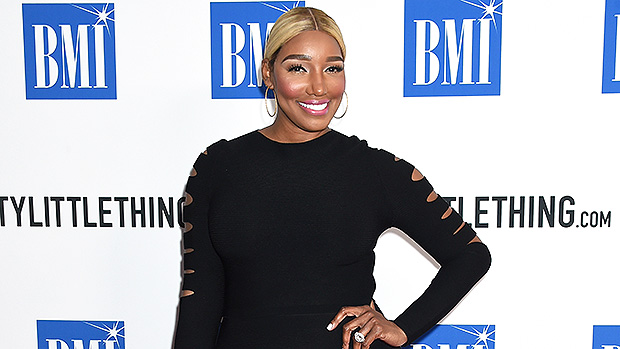 NeNe Leakes refuses to back down. The ‘RHOA’ star has gone into a lengthy explanation about why she flipped out during the March 3 episode because Kandi Burruss and Porsha Williams went into her closet.

NeNe Leakes, 51, is breaking down her emotional reaction to co-stars Kandi Burruss, 42, and Porsha Williams, 37, going into her closet on the March 3 episode of The Real Housewives of Atlanta. Fans on Twitter erupted after NeNe was filmed ripping the shirt off a cameraman who was attempting to follow the women into her walk-in closet. While the RHOA star was universally slammed for her actions, she said she had a very specific reason for getting upset and she filmed a nearly 13-minute long video to explain her reaction.

“It’s my closet, I just don’t know how many times I have to say it,” NeNe says in the video, which she posted on her YouTube channel on March 4.  “But people are asking me, ‘Why didn’t you want them to go into your closet?’” NeNe (who already offered an explanation on Watch What Happens Live on March 3) then presents the back story, namely, that she never wanted anyone to go into her master bedroom, let alone her closet, and she told a producer on the show that before filming even began.

“When you’re doing an event at your house you usually discuss with your producer where you’re gonna shoot at, what’s going to happen in the event, where you’re gonna eat at, that kind of stuff,” she says in the video. “So, with my producer, I said to him, ‘I’m doing this thing at my house, you guys can have access to my entire home. There’s only one place that’s off-limits and that’s my master bedroom.’” As fans of the show know, NeNe’s husband Greg Leakes has been battling colon cancer and he had just been readmitted to the hospital. So, given that she doesn’t like to be at home by herself, producers suggested that her co-stars and friends Marlo Hampton and Cynthia Bailey stay with her overnight.

The plan then changed and NeNe agreed to allow the crew to film the three of them getting ready for bed in her master bedroom. That grew to four when NeNe invited Tanya Sam to come upstairs to discuss something with her privately. Shortly afterwards Eva Marcille’s baby Marley threw up on her and she wandered upstairs to ask for a change of clothes. Before NeNe knew it, Kandi and Porsha were in her master bedroom too.

The absolute line that NeNe did not want to be crossed though, is she didn’t want anyone to film her disorganized closet, which was messy because she had luggage laying around. When Kandi and Porsha insisted at looking inside her closet she was upset, but when she saw the film crew following them in there, NeNe was furious. “The cameras were going to take it to a whole another level,” she says in the video, “which I’m inviting the world into my closet while it’s messy.”

There was one more emotional element to this whole episode though. NeNe had simply had enough that day. “Now, me having a real breakdown was a real mental breakdown that I’ve never had in my life,” she says. “But I knew that I was going to be having something very close to that because I had taken so much within the last few months that I literally could not take it anymore. And I also felt that I wasn’t being heard. And that was really painful for me.”

Despite that long, long video, NeNe promises to go into even more detail in an upcoming clip when she breaks down her emotional reaction to watching the dramatic episode. In the meantime, her fans are fully supporting her. One person responded to the video, writing, “Ur [sic] damn house. Your rule, don’t explain sh*t to anyone. Stay strong btw [by the way].” Another person wrote, “Your home, your rules. People tend to forget their place.”