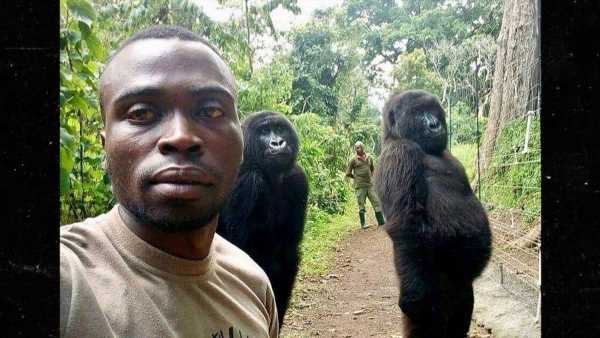 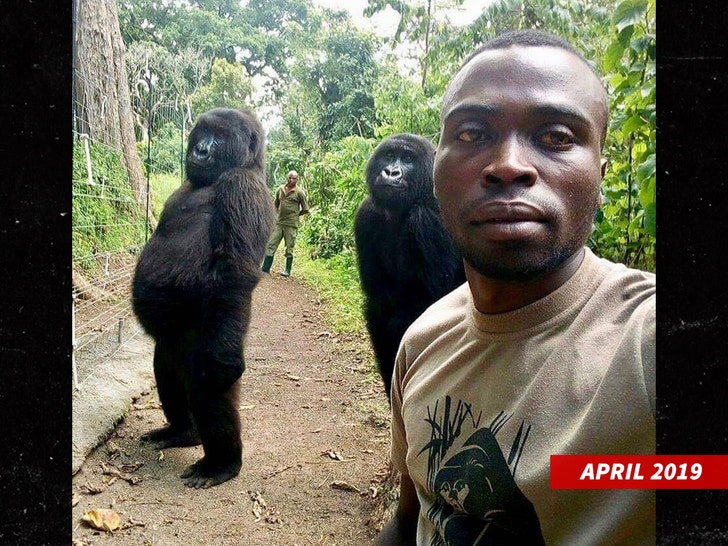 Ndakasi, the orphaned gorilla photographed in an incredible selfie in 2019, has died in the arms of her caretaker … according to a spokesperson at the national park were she lived.

The Virunga National Park in the Democratic Republic of the Congo broke the sad news of the passing of its beloved orphaned mountain gorilla, saying she died last month after battling a prolonged illness.

According to the park … Ndakasi “took her final breath in the loving arms of her caretaker and lifelong friend, Andre Bauma.”

Bauma had looked after the gorilla ever since she was found clinging her to dead mother’s body and taken to the park’s Senkwekwe Center, where she lived for more than a decade. Virunga says Ndakasi’s mom was killed by armed militia in a series of gorilla slayings.

Bauma says, “It was a privilege to support and care for such a loving creature, especially knowing the trauma Ndakasi suffered at a very young age.”

If you don’t recall … Ndakasi went viral in 2019 thanks to an amazing photo of her and another orphaned gorilla in a park ranger’s selfie. Virunga National Park responded to all the attention it got at the time, saying … “Those gorilla gals are always acting cheeky so this was the perfect shot of their true personalities!”

Bauma adds … “I loved her like a child and her cheerful personality brought a smile to my face every time I interacted with her. She will be missed by all of us at Virunga but we are forever grateful for the richness Ndakasi brought to our lives during her time at Senkwekwe.”