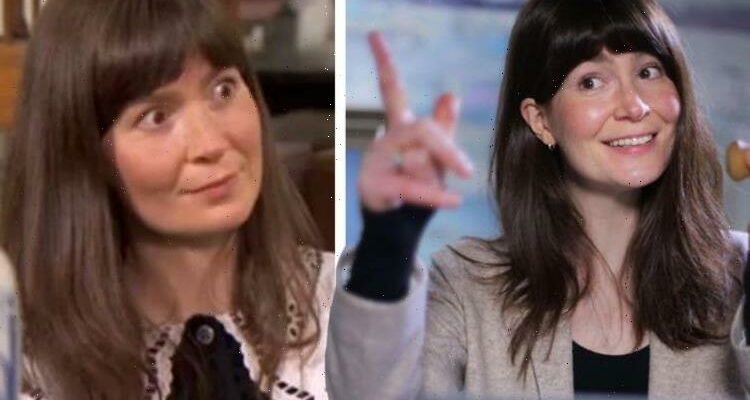 Natasha Raskin Sharp, 35, made a “guilty” admission about what she and her husband Joe Sharp, like to get up to in their spare time. They met behind-the-scenes at the BBC when the TV presenter joined Bargain Hunt in 2013, and where Joe works as a producer and director.

Glasgow has so many great restaurants, too much of my spare time is spent eating delicious food

The pair started dating and got married in 2016 at a small ceremony in Scotland.

While chatting to the broadcaster about her relationship, Natasha admitted there’s one thing the pair love to do.

“My partner and I are guilty of eating out too much!

“Glasgow has so many great restaurants, too much of my spare time is spent eating delicious food and not enough time is spent working it off in the gym.”

He also helped produce The Big Painting Challenge on BBC One in 2018.

According to his IMDB page, the producer continues to be a key member of the team at Antiques Road Trip.

But when he isn’t working hard behind the camera, Joe is spending time with his wife of six years.

Natasha tends to keep quiet about her private life, only using social media to update fans on show news, preferring to leave her loved ones out of the spotlight.

Elsewhere, she also revealed something about herself in a profile interview with the BBC, where she talked of collecting “weird animal trinkets”.

The daughter of well-known Scottish artist Philip Raskin, also revealed how savvy she really is when it comes to antiques and bargain, and opened up about it to Gethin Jones and Kym Marsh on Morning Live back in November.

She explained: “Well, [that moment] certainly sticks out because what I did was I broke a very basic rule.

“I brought something the team didn’t want, behind their back!”

She continued: “I don’t know why I did that – it was a very busy day on Portobello Road, but thankfully, it turned a profit.

“James in the studio would be very pleased as both the guests were vets and the painting was of a veterinary subject matter.”

Bargain Hunt airs every day at 12.15pm on BBC One.