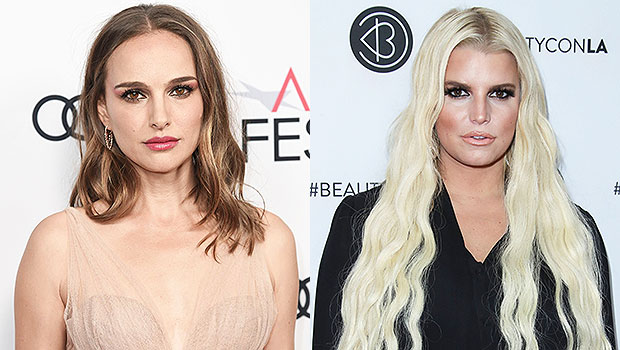 Feud over? After Natalie Portman threw some shade at Jessica Simpson over a decades-old picture, the ‘Vox Lux’ actress says she has ‘only respect and good feelings’ for her.

If there was a feud between Natalie Portman, 37, and Jessica Simpson, 38, it came to a pleasant, respectful end on Dec. 18, when the Black Swan actress joined Andy Cohen for that night’s episode of Watch What Happens Live. When a caller asked Natalie if she had talked with Jessica offline the two exchanged words over a picture of a then-virgin Jessica in a bikini, Natalie said no. “[But] I have only respect and good feelings for her.”

“Well, also I think there’s no need for beef between women. We’re all in the same society and living with the same pressures, and we’re allies,” she added, per USA Today, to the applause of the in-studio audience. For those who missed out on this gentile feud, it started when Natalie said that as a teenager, “there was Jessica Simpson on the cover of a magazine saying ‘I’m a virgin’ while wearing a bikini, and I was confused. Like, I don’t know what this is trying to tell me as a woman, as a girl.”

Jessica responded online by saying she was “disappointed” when she read that she “confused” Natalie by wearing a bikini “in a published photo taken of me when I was still a virgin in 1999.” While Jessica pointed out that as a public figure involved in the entertainment industry, “our image is not totally in our control at all times,” before adding that she didn’t see a moral conflict by proclaiming her virginity while wearing a bikini. “I was taught to be myself and honor the different ways all women express themselves, which is why I believed then – and I believe now – that being sexy in a bikini and being proud of my body are (sic) not synonymous with having sex.”

Natalie politely responded by saying that she agreed with Jessica in that “woman should be allowed to dress however she likes and behave however she likes and not be judged.” She then clarified that she was expressing the confusion she felt as a teenager about the “mixed messages about how girls and women were supposed to behave,” and that she was really angry at virgin/vixen dichotomy perpetuated by society and the media.

“I didn’t mean to shame you and I’m sorry for any hurt my words may have caused,” Natalie added at the end of her message, squashing this “beef” in the nicest way possible. If only dudes Drake, Kanye West, and Pusha T could follow suit, the world would be a nicer place.