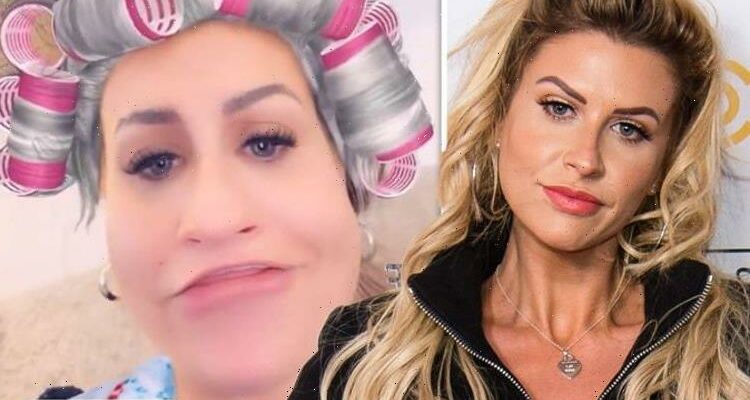 Mrs Hinch responds to troll's comment about her weight

Cleaning expert and social media star Sophie Hincliffe has hit back at a vile troll today who accused her of “eating s**t” meals after she shared a seasonal recipe. Taking to her Instagram Stories, the cleaning influencer, 31, addressed the fat-shaming comment with a defiant comeback, as well as branding the troll an “idiot” as she munched away at her latest creation.

Apart from that it’s cracking

Today, the star shared a series of posts telling her 4.2 million followers how to make a seasonal snack before receiving the cruel comment.

Covering her face with her signature Roller Rants Instagram filter, the cleaning mogul didn’t hold back as she branded the social media user an “idiot” after their vile remark.

The star had been showing her fans how to make a snack out of red onion chutney, brie, chia seeds and puff pastry.

“Coming up next is a snack dedicated to all of the cheese lovers on here!,” she penned.

Revealing the recipe, Sophie went on: “You know those days where you just want to stay indoors, wearing massive thick socks with a tracksuit and eating cheese?

“It’s one of those days,” she confirmed.

The star went on to proudly showcase the final result, revealing it to be a “cheese spin wheel”.

Showing the transition from the uncooked product to the final result, Sophie wrote: “Cut off the top and dip away!”

She added: “(Calories = Let’s not talk about that)” followed by a laughing face emoji.

However, in her next Story, Sophie reposted a vile remark from an Instagram user.

It read: “No wonder you are putting on weight eating that s**t Hinch”.

Not holding back, the cleaning influencer went on a “roller rant” following the comment.

Covering her face with a filter, Sophie said: “I can assure you the only s**t thing about this food are the chia seeds currently stuck in my teeth!

“Apart from that it’s cracking,” she went on.

The star underwent excess skin removal in 2016 after her gastric band surgery, which left her in agony after it wedged in her esophagus two years later.

At the time, Sophie feared that her left arm would have to be amputated after it became seriously infected.