Another night out! Teresa Giudice and Blake Schreck enjoyed a cozy dinner with friends during their weekend getaway to Miami in new photos obtained by Us Weekly.

The Real Housewives of New Jersey star, 46, and the 26-year-old realtor were spotted at Chotto Matte, a Peruvian-Japanese restaurant, on Sunday, February 17. Radar Online Opens a New Window. was first to report the story.

An onlooker tells Us that Teresa sipped frozen cocktails, while Schreck ordered a gin and tonic. The duo, who were joined by friends, then headed up to the rooftop bar at 6:15 p.m. for more drinks on a comfy sofa in a candle-lit room.

Earlier in the day on Sunday, Teresa and Schreck enjoyed a day at the beach. The twosome’s South Florida trip comes nearly two months after they were first spotted together in Miami on New Year’s Eve 2018. (Teresa’s lawyer, James Leonard Jr., told Us at the time that the evening was “a night out with friends” and “nothing more than that.”)

The Bravo star has been married to husband Joe Giudice for nearly 20 years. The pair share daughters Gia, 18, Gabriella, 14, Milania, 13, and Audriana, 9.

While Teresa was in Miami with Schreck and friends, Joe is currently serving his 41-month prison sentence for tax fraud. While he is expected to be released next month, a judge ruled in October 2018 that Joe will be subsequently deported to his native Italy. Teresa, for her part, completed her 11-month prison sentence for tax fraud in December 2011.

Scroll through to see the photos of Teresa and Schreck’s evening: 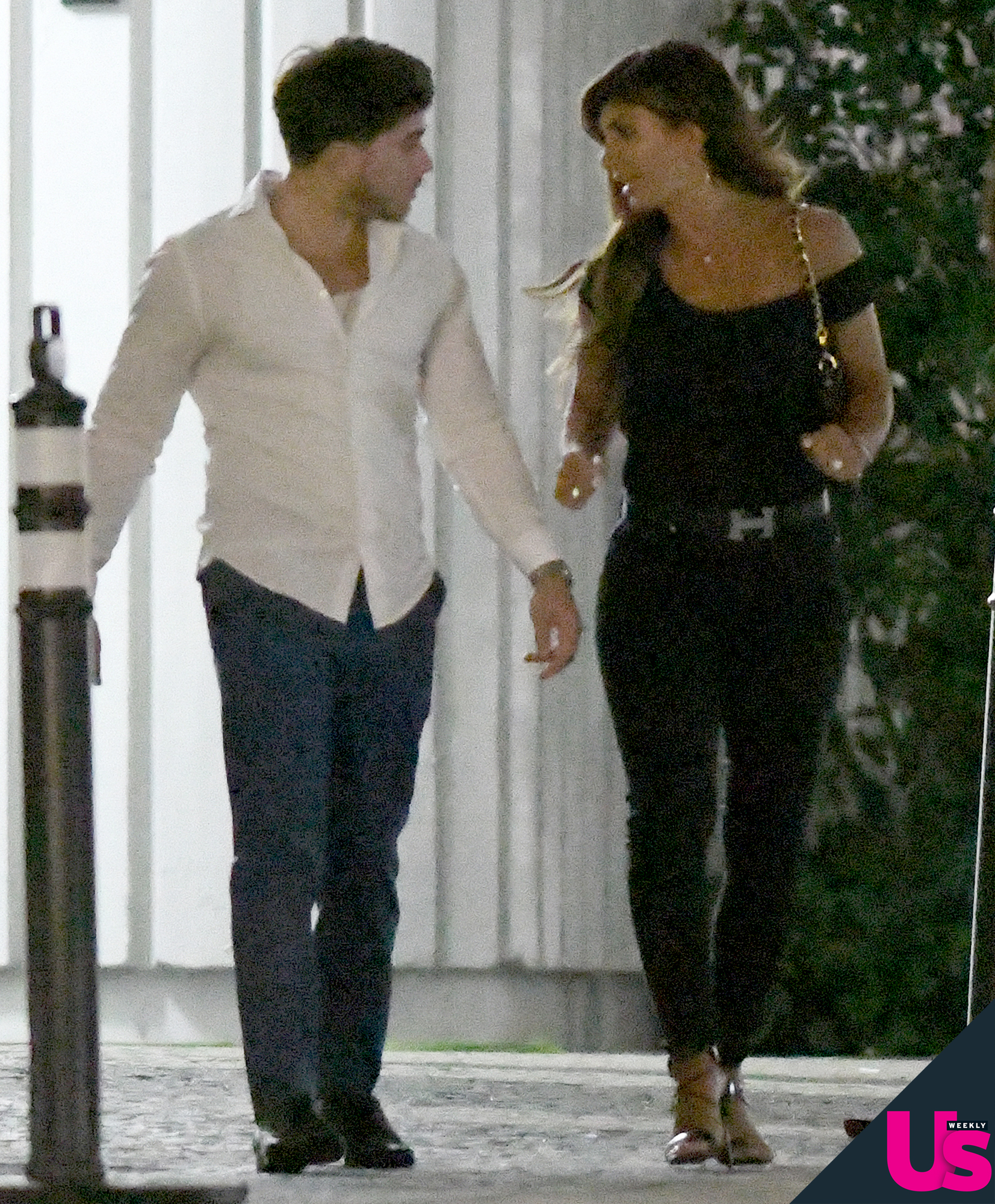 Teresa rocked all-black for her night out with Schreck and friends in Miami on Sunday. 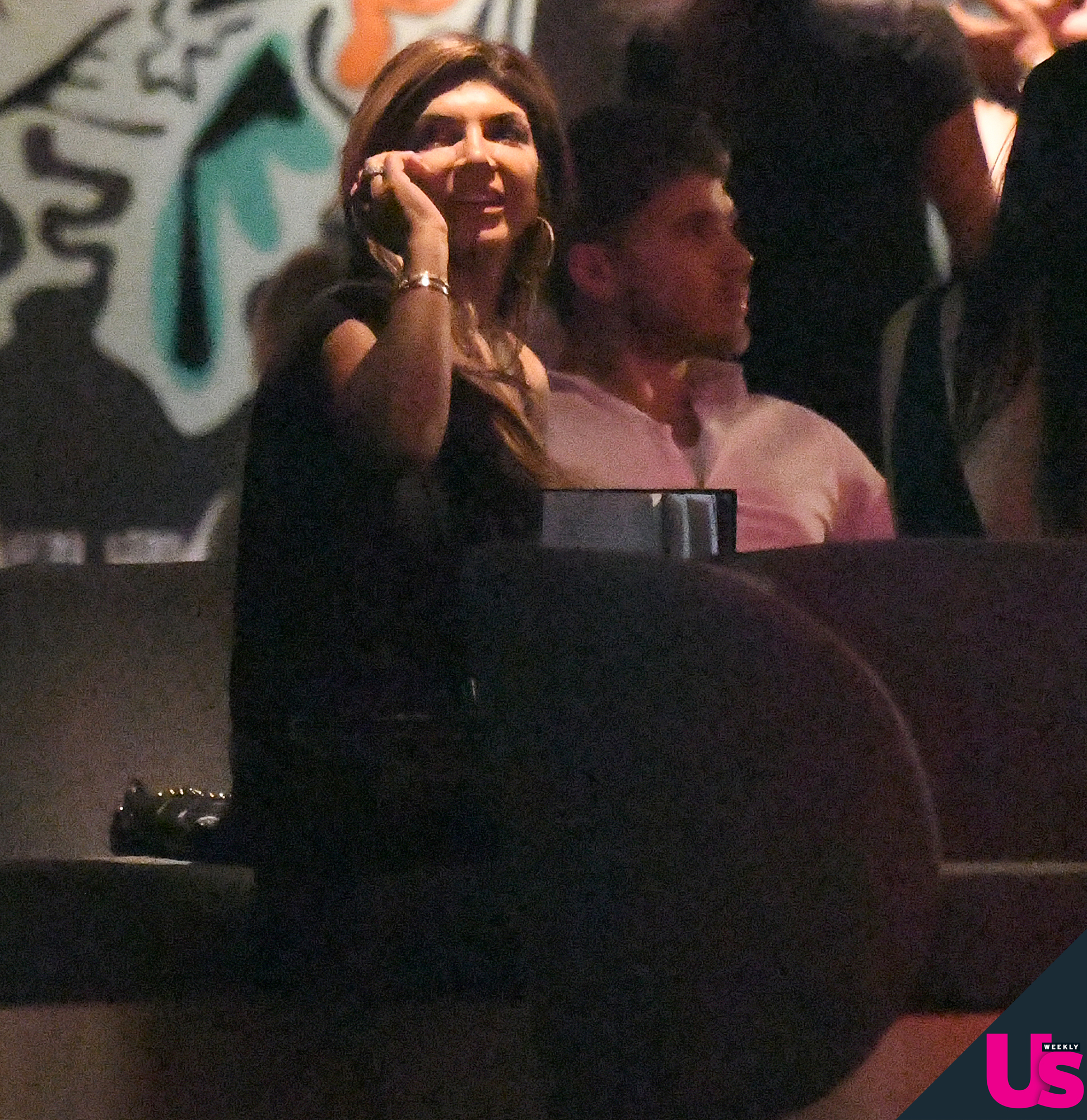 An onlooker tells Us that the reality star and her group “were all having a great time” during dinner. 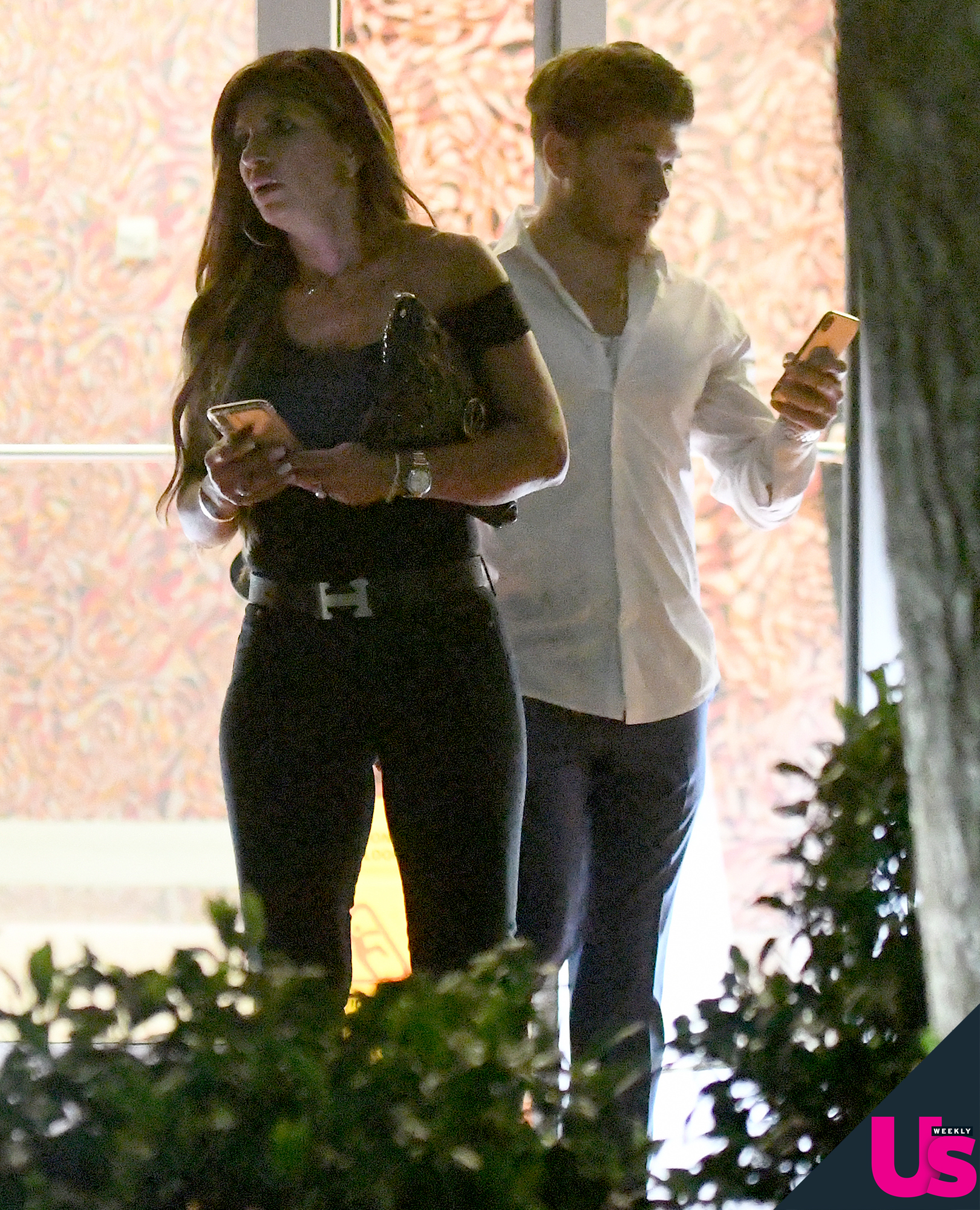 Teresa and Schreck were also spotted together holding hands in Miami on Saturday, February 16. 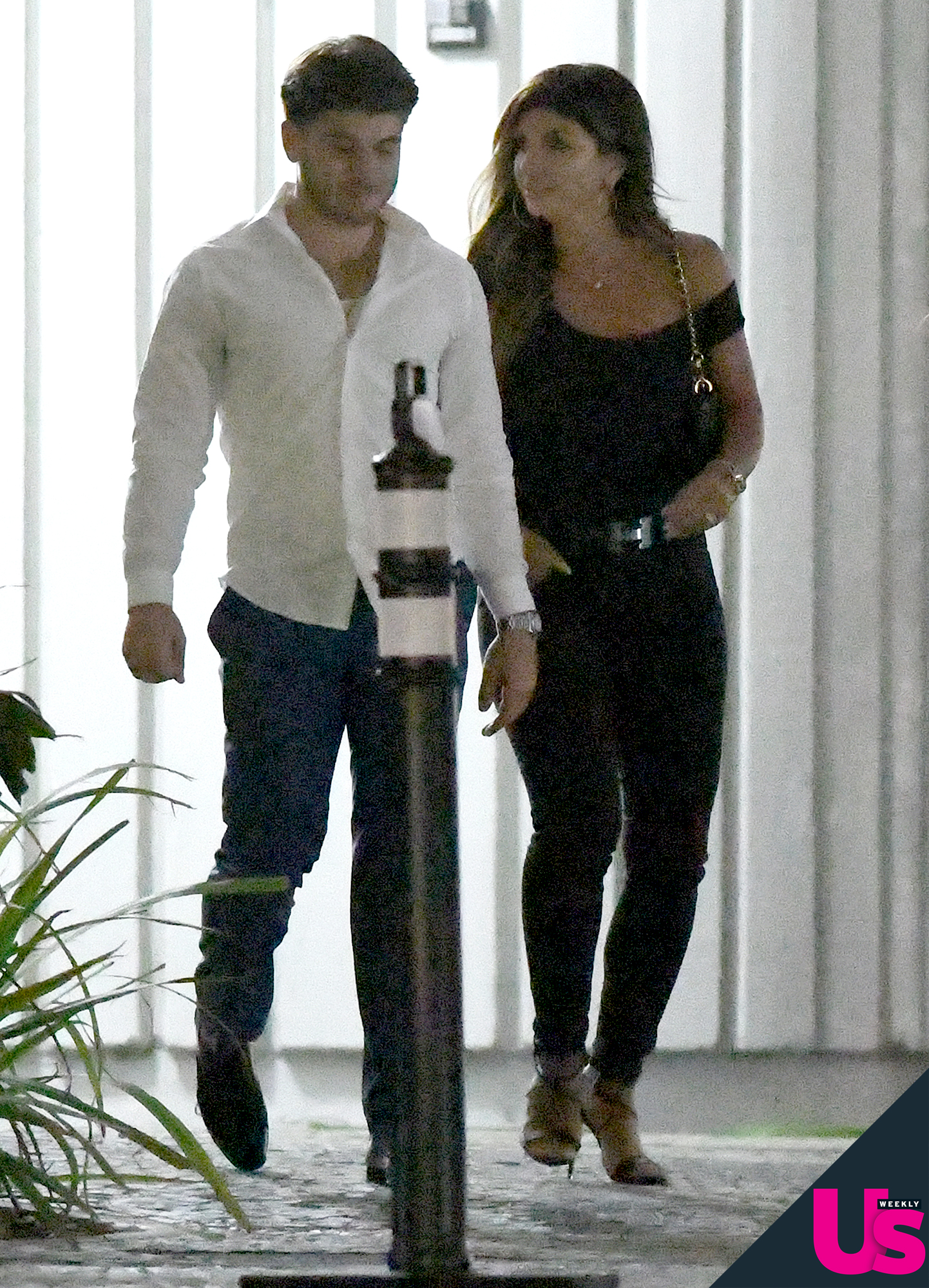 Earlier on Sunday, the realtor wrapped his arm around the Standing Strong author as they left the hotel. 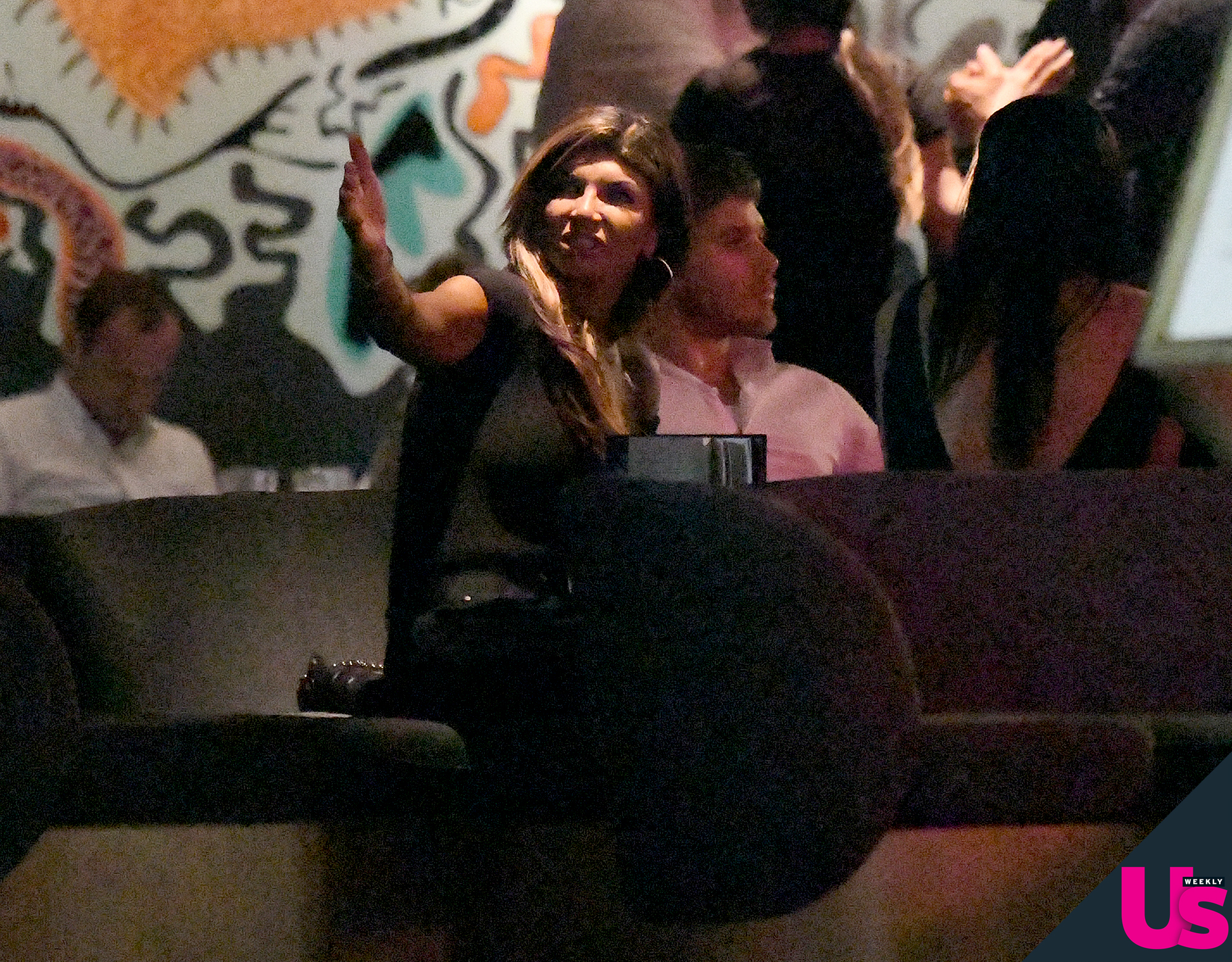 Us previously confirmed that Teresa told her RHONJ costars during the season 9 reunion taping that she would leave Joe if he was indeed deported to Italy.