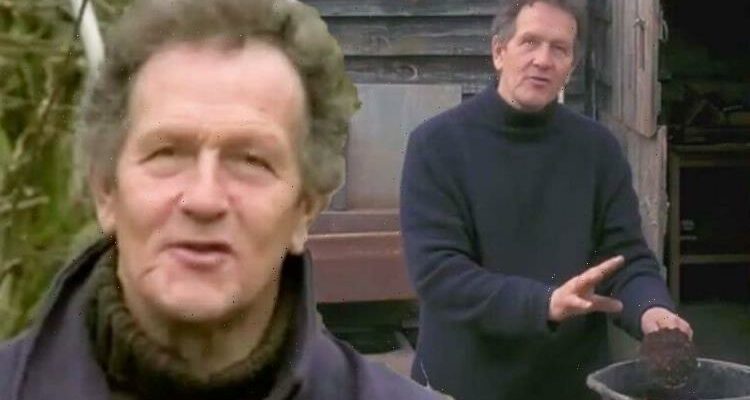 Monty Don, 66, has denounced the sale of Channel 4, which is valued at more than £1billion. The Gardeners’ World star took to Twitter, where he boasts 254,000 followers, to share his views on the controversy.

Monty, who has worked for the broadcaster before, said it should be “treasured” instead of being “flogged off”.

He penned: “I worked for Channel Four at the end of the nineties and early noughties and we made superb gardening programmes I am very proud to have been part of.

“It should be treasured for what it is, not flogged off unnecessarily.”

Monty’s remarks sparked debate among other social media users, who replied to his tweet stating their stances.

Hardywilf argued: “Problem is when that door could lead to less independence editorially from the Government.”

Willfhamilton typed: “’Flogged off’. Channel 4 is being released into the free market.”

Stevescientific tweeted: “Unfortunately the standards have plummeted since then Monty.”

The decision to sell Channel 4 marks the first significant privatisation since Royal Mail was sold in 2013.

Culture Secretary Nadine Dorries has told Prime Minister Boris Johnson a private-sector takeover of the channel was the only way to guarantee its growth in a digital market dominated by the likes of Netflix and Disney+.

The change will be included in a draft media bill to be announced in the Queen’s Speech on May 10.

They also expect it to be completed before the general election due in spring 2024.

Nadine Dorries addressed the latest announcement in a string of tweets shared yesterday with her 121,000 followers.

She tweeted: “Channel 4 rightly holds a cherished place in British life and I want that to remain the case.

“I have come to the conclusion that government ownership is holding Channel 4 back from competing against streaming giants like Netflix and Amazon.

“A change of ownership will give Channel 4 the tools and freedom to flourish and thrive as a public service broadcaster long into the future.”

Last night Channel 4 spoke out on the “disappointing” nature of the Cabinet’s decision despite the broadcaster having offered a “real alternative to privatisation”.

It said in a statement: “It is disappointing that today’s announcement has been made without formally recognising the significant public interest concerns which have been raised.

“Recently, Channel 4 presented a real alternative to privatisation that would safeguard its future financial stability, allowing it to do significantly more for the British public, the creative industries and the economy, particularly outside London.”