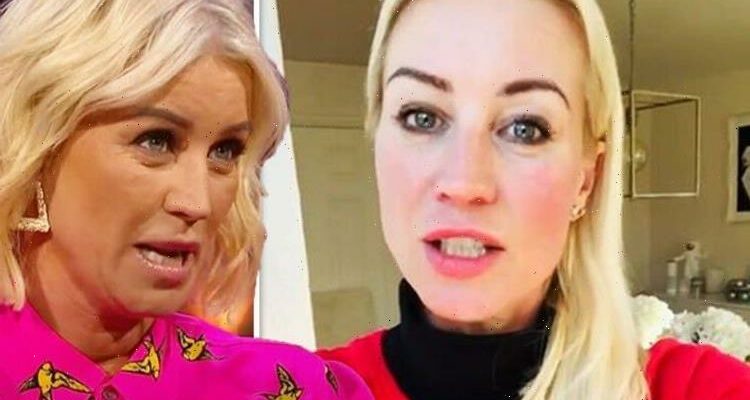 Celebrity Gogglebox star Denise Van Outen has taken to Instagram to bid an emotional farewell to Neighbours as the long-running Australian TV soap comes to an end after 37 years this summer. The star, 47, was told how she was “saddened” to say goodbye to the hit TV programme after having joined the cast in 2019.

I made some friends for life

In view of her 641,000 followers, The Only Way Is Essex narrator reflected on her time on the popular soap.

Denise wrote: “So saddened to hear that after an incredible 37 years we will be saying farewell to @neighbours.

“I loved my time on this brilliant show with the most adorable and talented cast.

“I made some friends for life,” she added.

Denise went on: “The whole team in front and behind the camera are the best.

“Sending love to all my Aussie friends.

“I miss you all and wish you all the love and luck in the world with your future ventures.”

The star also shared a series of snaps of herself with the Neighbours cast.

Denise had a guest role as Prue Wallace on the hit Australia soap in June 2019.

However, the star was given a very dramatic send-off in early 2020.

Denise’s character Prue was was caught in an explosion when a bomb went off inside a box she was holding.

At the start of last year, Denise revealed that a return to the soap had been ruled out due to the Covid pandemic.

She said: “We did talk about going back but unfortunately we can’t go back because of lockdown and travel restrictions.

“But we did have it down that there was a possibility that Prue would make another appearance,” she said to Digital Spy.

The star previously told the publication that there was uncertainty over whether her character survived the explosion.

At the moment, Denise is looking forward to embarking on the Masked Singer tour later in the year.

Hosted by Joel Dommett, Denise will join Aston Merrygold on the judging panel.

It comes as she appeared as Fox on the first series of the show two years ago.