Mila Kunis and Ashton Kutcher revealed that they don’t bathe their children regularly — and Twitter users had a lot of thoughts about the admission.

Mila Kunis and Ashton Kutcher’s latest admission has caused a stir on the internet. The couple recently appeared on Dax Shepard and Monica Padman’s Armchair Expert podcast and admitted that they do not bathe their children Wyatt, 6, and Dimitri, 4, every day. Ashton, 43, added that he also does not get into the habit of using soap on his body regularly. 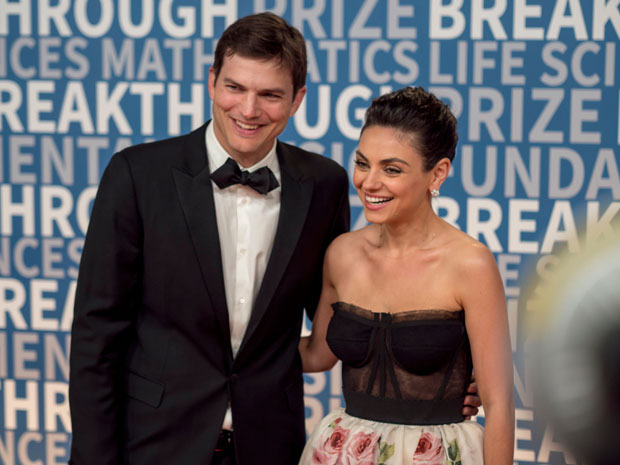 The topic came up after Dax and Monica began to discuss how frequently they shower, with Dax insisting that his co-host “should not be getting rid of the natural oil” on her skin “with a bar of soap every day.” Both Mila, 37, and her husband agreed. “I can’t believe I am in the minority here of washing my whole body in the shower,” Monica said, before asking Mila, “Who taught you to not wash?”

“I didn’t have hot water growing up as a child, so I didn’t shower much anyway,” Mila answered. “But when I had children, I also didn’t wash them every day. I wasn’t that parent that bathed my newborns — ever.” Her husband later added, “Now, here’s the thing: If you can see the dirt on them, clean them. Otherwise, there’s no point.”

The couple then divulged their own shower habits. “I wash my armpits and my crotch daily, and nothing else ever,” Ashton said. “I got a bar of Lever 2000 that delivers every time. Nothing else.” The couple added that they do, however, wash their faces regularly. “I do wash my face twice a day,” Mila said, while Ashton will “throw some water” on his face post-workout to “get all the salts out.”

Following these revelations, Twitter users had a lot of thoughts — and memes, so many memes — about the conversation.