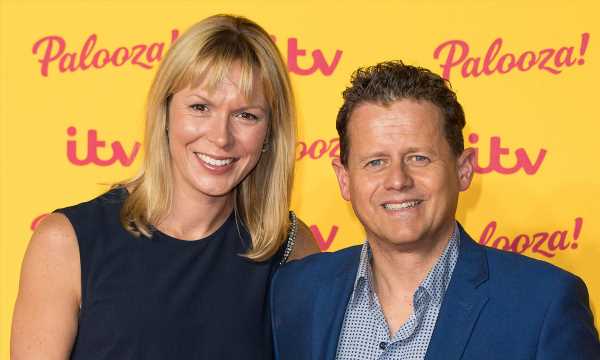 Mike Bushell's wife was forced to dismiss fears of a Strictly Come Dancing curse after a Twitter follower warned her to be "careful". The BBC Breakfast reporter, who married marketing executive Emily in May following a year-long romance, has been partnered up with Katya Jones in this year's series. The pairing comes after Katya was famously caught kissing her 2018 dance partner Seann Walsh during a drunken night out. However, Emily has thrown her full support behind her husband Mike and Katya.

A fan initially tweeted: "All the best @mikebreakfast & @Mrs_KatJones on the last day of your first week of training…. at least I hope she’s letting you have the weekend off, Mike?!?" To which, Emily replied: "Hell no. Winners don’t have days off they're training all the way through!" The message was then followed by a concerned follower, who said: "Dear Mrs Bushell. Be careful what you wish for!" Shutting down the idea immediately, Emily remarked: "Please don’t worry St John. I’m very secure in my marriage and embracing every second #moveonpeople."

Exclusive: Andy Murray opens up about fatherhood and reveals future aspirations for his kids

This series marks Katya's first Strictly since she and her husband Neil announced their separation last month. The pair married in 2013 and have kept up a united front following news of their split. Meanwhile, Mike and Emily have been relishing married life after tying the knot earlier this year. The journalist is a father to three daughters from his first marriage to Kim Payne, which ended in divorce in 2009 after 16 years of marriage. Speaking about his involvement in Strictly, he explained: "It feels like a weird dream. I am flying the flag for dad dancers."