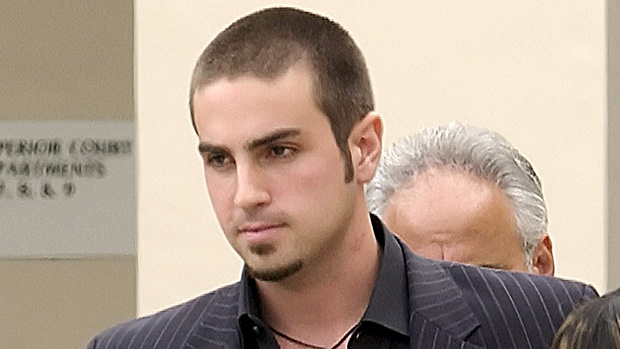 Wade Robson, who accused Michael Jackson of alleged sexual assault in the documentary ‘Leaving Neverland’, opened up about a scene in the film that shows him burning his childhood ‘Thriller’ jacket.

Wade Robson, 36, who has accused the late Michael Jackson of sexual assault when he was a kid, has been in all the major headlines after the premiere of the HBO documentary Leaving Neverland aired on Mar. 4, and now he’s coming forward about a particular scene that shows him burning what appears to be the jacket from Michael’s popular “Thriller” music video. After fans took to social media to question the authenticity of the jacket, Wade admitted it wasn’t the same one that appeared in the video, but was rather a replica that was made for him as a child. He also revealed the reason behind the burning.

“I sold some Jackson items at auction in 2011 to raise money for therapy following a nervous breakdown,” Wade told People. “After disclosing my abuse to my therapist in 2012 I burned some more items as part of my recovery. The “Thriller” jacket that I burned in the photos was my custom childhood “Thriller” jacket that I used to perform in. Those are the images portrayed in Leaving Neverland.”

The now infamous jacket burning pics don’t show up until the ending credits roll in the documentary. During the scenes, Wade can be seen on a beach watching various Jackson memorabilia engulf in flames. The items included a white sequined glove that looked like the one Michael was known to wear numerous times on stage during his performances, and the custom-made “Thriller” jacket.

Although the intense ending scene and the full documentary itself gives disturbing details about Wade and fellow accuser James Safechuck‘s separate experiences with Michael allegedly sexually molesting them as children, some people doubt the validity of their claims. Both men have been called “opportunists” who are just looking for ways to make money. It has been confirmed that neither Wade nor James made money for appearing in the documentary, however, as Wade touched upon in his People interview, he has made profits from his friendship with Michael in the past, in the form of selling some items at an auction.

Julien’s Auctions answered an inquiry from a fan on Twitter who asked about the memorabilia sold and confirmed Wade was paid. “Wade consigned his collection to us directly. He was the person who we paid when we sold his collection. He needed the money,” the company’s tweet read.

In a second tweet, the company elaborated on the business deal. “Wade asked to remain anonymous and said that he did not want anyone to know that it was him selling it the items in 2011. But we did not agree to that and listed it as the Wade Robson collection. He consigned multiple items and wanted us to sell all items of his that had value,” they wrote.

Darren Julien, the owner of Julien’s Auctions, confirmed to People that the items Wade handed over to them included a “Smooth Criminal” fedora, Bad-era gloves, a Motown 25 shirt. “[Robson] had no other authentic Michael Jackson career-used memorabilia other than these three items,” Darren told the outlet.