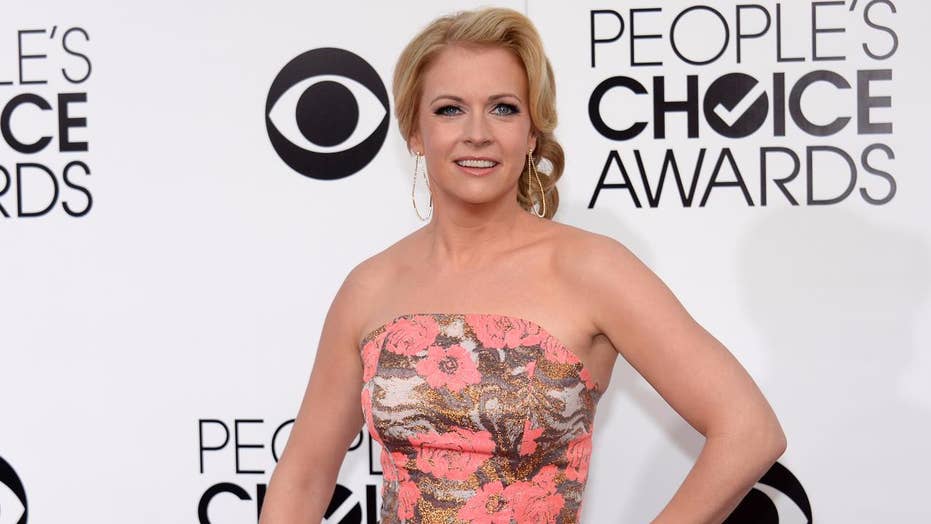 Fox411: Melissa Joan Hart reflects on her child star years, says she regrets never doing horror movies and loves her most important role of all, being a mom.

Melissa Joan Hart is defending herself after comments she made on a faith-based podcast were misinterpreted by many to be anti-Semitic.

The former “Sabrina The Teenage Witch” actress, 42, appeared on the “Journeys of Faith with Paula Faris” podcast earlier this week where she got candid about her Christian faith. The moment of controversy came when she began discussing her child’s recent move from a Christian preschool to a traditional school.

The actress revealed on the podcast that she told her son, “We don’t know these people are good people. We don’t know if they believe in Jesus.”

Hart said her son befriended a Jewish student and asked her how his new friend would get to heaven, joking that he “really took the Jesus part to heart.”

The actress then revealed that she had to have a difficult conversation with the other child’s mother with regard to what she taught her son about their faith.

“When a mom [of the child] called me with a problem in sixth grade I was like well, ‘Do I regret telling my son that we don’t know if people believe in Jesus, so we don’t know their character?’” Hart told the host. “‘Is that a wrong thing to say? Did I set my son on the wrong path or was that the right thing to say and I should defend that?’”

Given the context of the story, it’s not hard to see where many fans took issue with Hart’s words thinking she called the character of Jewish people, and non-Christians in general, into question. As a result, fans were swift to criticize her for her remarks and question her efficacy as a parent.

"As a Jewish fan, I'm really disappointed in @MelissaJoanHart," one user wrote.

"Wth, so Only People that believe in Jesus is GOOD !!!?? What are YOU TEACHING YOUR CHILDREN !!!??? Not impressed with YOU MELISSA JOAN HART, SHAME ON YOU !!!?" wrote another.

"I’m a practicing Catholic. I know lots of good people who don’t believe in Jesus. I love them because that’s WJWD. I also love the poor the immigrant the homeless the lost lonely & broken BECAUSE THAT’S WJWD," another chimed in.

"So what about those priest who preached the world of Jesus as they were molesting kids in the churches, were they considered good?" someone else noted.

"#Crushed When you find out your teen idol is a horrible person AND teaches her kids hate…#melissajoanhart," wrote a different user.

Eventually, the star took to the comments of a recent Instagram post to clarify her remarks and quell the growing backlash.

“I’ve been studying religion for the past 8 years and am learning more every day. I try to never judge anyone… unless they put ice in their wine…. but I was simply telling my son that we knew the people at his old school, even down to their faith beliefs. The new kids in school, we didn’t know a thing about so he was going to have to judge for himself,” she wrote. “In the podcast, I talk about how he focused in on the Jesus part and it opened up discussions with friends and neighbors that might be a [sic] tricky for children to navigate. I never said Christians are superior. Just trying to explain better.”

Hart is the mother of three sons – Mason, 12, Braydon, 10 and Tucker, 6 –  that she shares with husband and musician Mark Wilkerson.