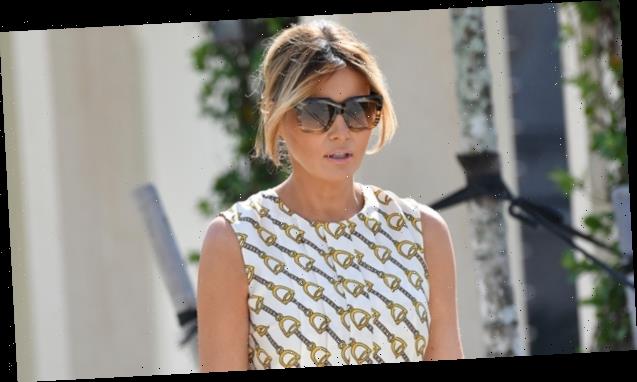 Melania Trump appeared to be the only voter not wearing a face mask when she cast her vote on Election Day at a Florida polling booth. Folks on social media were quick to clap back.

Melania Trump sparked anger on social media on Nov. 3 when she cast her vote in Palm Beach, Florida without wearing a face mask. The First Lady looked chic in oversized sunglasses, a sleeveless dress and heels, with her hair pinned up in a loose chignon as she performed her civic duty.

But there was one essential item missing from her face ­– a mask, which millions of Americans have been wearing in public amid the global coronavirus pandemic. And it did not escape the notice of voters on social media.

Shortly after footage of Mrs. Trump leaving the Barbara Mandel Recreation Center in Palm Beach emerged online, people started slamming her on Twitter. “Wow, someone who had COVID-19, decided to go to an in person voting, but since it is @FLOTUS it is OK to go maskless, despite a mask mandate, and it is OK to shut down an entire voting precinct, because she wanted too. Priorities,” one person tweeted in response to a New York Times article.

“Where is Melania’s mask? #MaskUp #StopTheSpread,” another person wrote, responding to a World News Tonight clip of Mrs. Trump speaking to reporters. “Wish I was special enough to go maskless,” another person clapped back. “I’ll just have to try harder to Be Best. She’s so much better than me. (Snark warning.)”

Despite the critics online, Mrs. Trump’s spokesperson, Stephanie Grisham, pushed back and defended the First Lady. “With the exception of a couple of poll workers and her own staff (all of whom are tested), she was the only person in the building,” Ms. Grisham told HollywoodLife. “No one was near her because of social distancing and the privacy one receives when they vote.”

Also featured in the news footage was Wendy Sartory Link, the Palm Beach supervisor of elections who was wearing a mask. She accompanied and chatted with the First Lady who – like her husband President Donald Trump and their son, Barron, 14 – tested positive for COVID-19 last month. All three have since recovered. 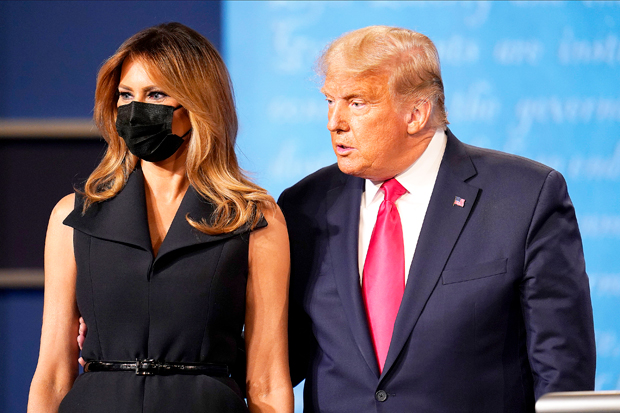 Mrs. Trump briefly spoke to reporters after casting her ballot, explaining why she chose to vote on Nov. 3, rather than early, as her 74-year-old husband did last week. “It’s Election Day, so I wanted to come here to vote today for the election,” she said. When asked how she was feeling she replied, “Great, thank you.”