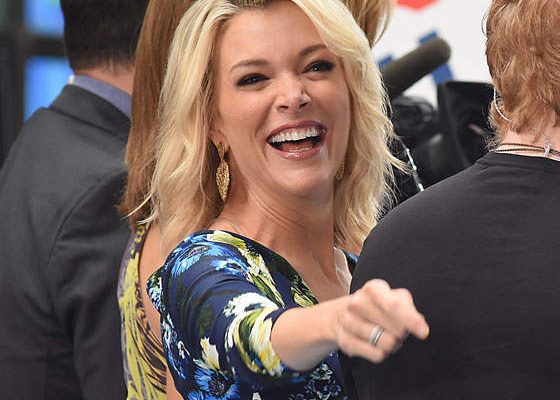 CNN reports that awkward glacier Megyn Kelly and her former employer NBC are officially over and out. Megyn is said to be leaving 30 Rockefeller Plaza with the remainder of her contract intact. This means that she’s ice skating away with a sum total of $69 million (it just HAD to be 69, dammit). Yes, the racially tone-deaf news anchoress and morning talk show bombmaker definitely #gotmoneybitch. Seeing as the rest of us only receive a sad pittance of a severance that’s barely enough to fund the after-dismissal drinking and an escort out the door by an uncomfortable-looking security guard when we’re fired, it’s ok to feel salty, friends.

The settlement between Megyn and her former employers was reached last night after a “drawn-out and acrimonious exit” that saw NBC finally pulling the trigger on her when she opened her mouth this past October and said this:

Kelly said it was acceptable when she was a kid to don black face “as long as you were dressing up as, like, a character.”

And then there was this:

And she defended a reality TV star who took heat last year for dressing up as Diana Ross.

“And I don’t know, I felt like who doesn’t love Diana Ross?” Kelly said. “She wants to look like Diana Ross for one day. I don’t know how, like, that got racist on Halloween.”

We all know which episode of Designing Women is Megyn’s favorite, right?

Megyn’s settlement contained an “industry standard nondisparagement clause” which means she can’t publicly piss on NBC. However, she isn’t being prevented legally from immediately getting back on the air with a competing network. Unfortunately for the inquisitive snowbird, this might be difficult seeing as she’s missing an agent. Megyn had dumped CAA prior to her firing and was speaking to UTA about hoofing it on over to them. And then she decided to publicly reveal her disbelief over blackface being racist. After that, UTA quickly started sending her ass right to voicemail.

But Kelly does not currently have an agent, and there is no indication that she has another job lined up.

When approached by celebrity photographers on the street in New York City on Thursday, and asked “will we see you on TV this year,” Kelly said. “You will definitely see me back on.”

Hell, with the money she just made, she can probably fund at least a year of cable access and start her own show! She can tackle topics like “Whatever Happened To Speedy Gonzales?” or “Why Is A White Lady Like Me Dressing As A Geisha for Halloween A No-No?” or “White Supremacy: Is It Really THAT Bad?”