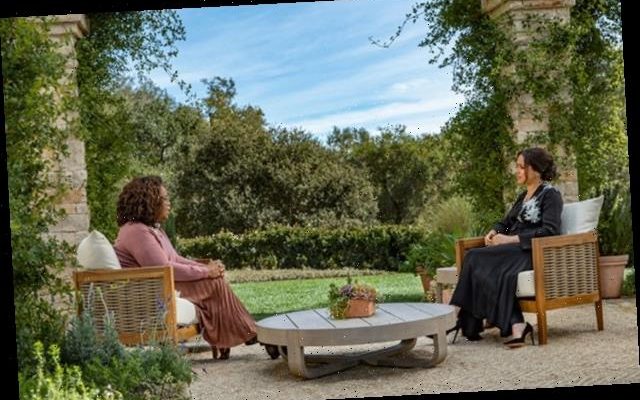 Meghan Markle reveals ‘a lot’ has ‘been lost already’ while revealing her frustrations with the ‘palace’ in a new trailer for the Duchess of Sussex’s interview with Oprah Winfrey.

Meghan Markle doesn’t know how the palace expects her to be “silent,” which the Duchess of Sussex declares in a new trailer for her and Prince Harry‘s interview with Oprah Winfrey that will air on March 7. In the dramatic teaser for this special that dropped on March 3, the conversation begins with Oprah asking, “How do you feel about the palace hearing you speak your truth today?” This prompts Meghan to reveal her frustrations with the palace, which she and Harry left behind when they chose to step down from their royal duties at the beginning of 2020.

“I don’t know how they could expect that after all of this time, we would still just be silent if there is an active role that the firm is playing in perpetuating falsehoods about us,” the former Suits star says. Meghan continues, “And if that comes with risk of losing things — I mean, there’s a lot that’s been lost already.”

Meghan’s condemnation of “perpetuating falsehoods” echoes her response to the bullying allegations that were recently leveled against her. In a complaint reported by The Times of London on Feb. 28, Meghan was accused of driving “two personal assistants out of the household” and “undermining the confidence of a third staff member.”

Meghan was “saddened by this latest attack on her character, particularly as someone who has been the target of bullying herself,” which she revealed in an official statement issued through a spokesperson after the report surfaced. Buckingham Palace, however, reported that its “HR team will look into the circumstances outlined in the article” in a statement obtained by HollywoodLife.

This is the second trailer CBS has released leading up to the highly-anticipated special TV event. In the first sneak-peek that dropped on Feb. 28, Oprah teases that Meghan and Harry told her “some pretty shocking things” (which may have included Meghan possibly hinting that the royal life was “unsurvivable”). In addition to their decision to leave the royal life behind and move to California, Meghan and Harry’s marriage will be discussed as well as Harry’s late mother, Princess Diana, who died after a tragic car crash in 1997.

“[Meghan and Harry’s] intention is that after this interview people understand their reasons better. The hope is that with their truth out there, in their own words, it will put a stop to all the false narratives,” a source EXCLUSIVELY told HollywoodLife. As for why the parents of Archie, 1, chose to speak their truth with Oprah, our insider told us, “They trust Oprah, that is the number one reason for sitting down with her. She is a dear friend so there is a genuine level of comfort there, it makes it easier to open up.”