The Jennifer’s Body actor stepped out in a sheer Mugler gown with nothing but a silver thong underneath, which she paired with gold pumps. The dress featured sparkly embroidery and created an optical illusion with dark mesh, so that her underwear no longer showed through when Fox turned to the side, showing off her silhouette. She also wore her a wet hairstyle that gave the entire look a “just awoken mermaid” vibe. 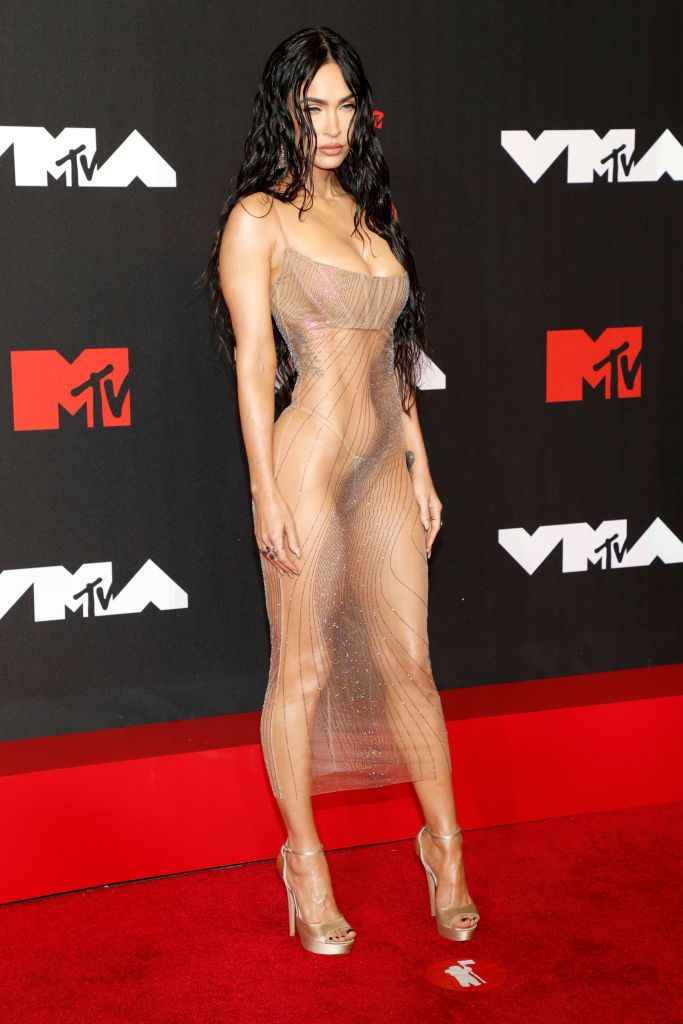 Fox posed on the red carpet alongside her boyfriend, Machine Gun Kelly, who is performing at tonight’s awards. The “Bloody Valentine” rapper wore a glittery red pinstriped suit with a matching shirt, black dress shoes, and silver facial jewelry. 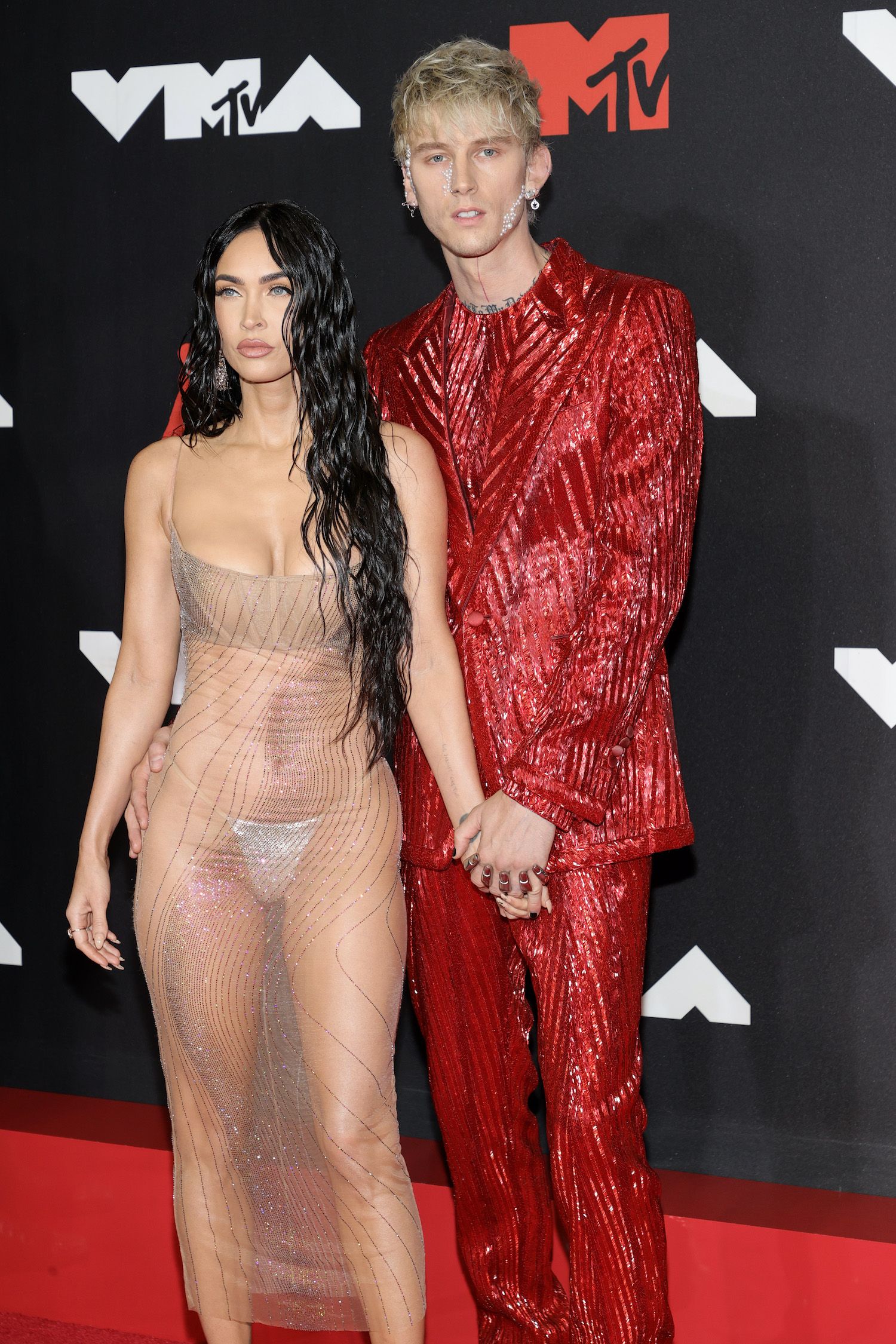 The Transformers actor has been dating the rapper since the spring of 2020, when they met on the set of their film Midnight in the Switchgrass. The couple recently sparked engagement rumors when Fox was spotted wearing what looked like the ring while watching Kelly’s VMA rehearsal Wednesday.

Though a rep for the couple told Page Six that they are not engaged, Fox said last year that she had an instant connection with Kelly when they met, per Entertainment Tonight.

“I knew right away that he was what I call a twin flame,” she said. “Instead of a soul mate, a twin flame is actually where a soul has ascended into a high enough level that it can be split into two different bodies at the same time. So we’re actually two halves of the same soul, I think. And I said that to him almost immediately, because I felt it right away.”