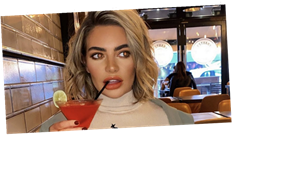 MTV are said to have signed the model up to star in their new series Ex In The City which is a spin-off of their popular show, Ex On The Beach.

During her new debut, Megan, who came out publicly as bisexual before entering Celebs Go Dating last year, will be set up on dates with possible lovers.

However, throwing a spanner in the works, producers intend to send in an ex from the 26-year-old’s past for some added TV drama!

So, who might we see nestling in on Megan’s dates? The TV icon, who rose to fame after entering the Love Island villa with a bang in 2018, left hand-in-hand with her then boyfriend, Wes Nelson.

Despite moving into a flat together in London, Megan parted ways with Wes just five months after their Love Island exit because she felt he put money and his career above their relationship.

The Essex beauty has then sent tongues wagging about romance with several other celebrity lovers who might just make an awkward appearance during her upcoming TV debut.

After failing to find ‘the one’ during her time in the villa, Megan trusted in the dating experts on E4’s Celebs Go Dating in 2019 where she met TOWIE star, Demi Simms, 25.

The two stars locked lips at the wrap party for the seventh series of the show confirming their romance, but Demi claims that Megan dumped her right after the show for their mutual friend, Chelcee Grimes.

"She stabbed me in the back and so did Chelcee,” Demi explained to new magazine. “I wish them all the happiness in the world, but personally I thought it was a dog move."

In recent months Megan was snapped smooching footballer, Chelsee, during a night out in Essex, despite rumours that they split back in April after an eight month romance.

Perhaps the truth about their romance will soon be revealed, as 28 year old Chelsee is now said to be on standby to replace AJ Pritchard on this year’s I’m A Celebrity… Get Me Out Of Here! following reports he tested positive for coronavirus.