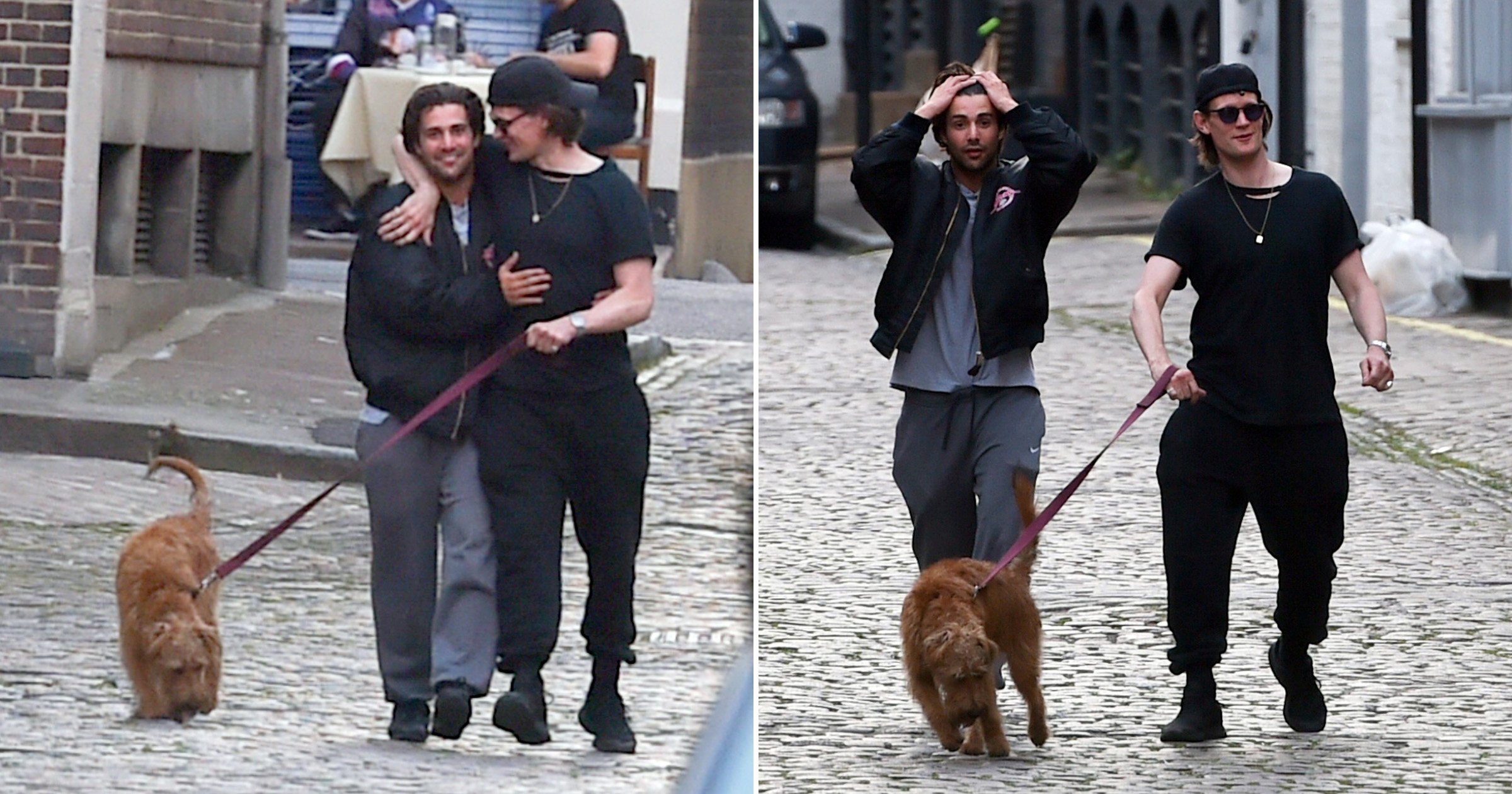 Matt Smith appeared in good spirits as he left the Chiltern Firehouse in London with his adorable dog on Thursday.

The actor, 38, had spent some quality time with his House of the Dragon co-star Fabien Frankel, 27.

The Doctor Who star wore some 90s-inspired attire as he dressed all in black in a pair of comfortable baggy trousers and a matching T-shirt.

He wore a pair of round shades and a black baseball cap which he had backwards on his head, as well as a gold chain around his neck.

The star appeared in a happy mood as he walked along, grabbing Fabien in his arms for an embrace as the walked alongside each other, with Matt’s pet pooch leading the way.

Noel Gallagher recently revealed he got Matt drunk so he would appear in a music video for his band High Flying Birds.

The former Oasis musician says he dislikes appearing in music videos so likes to enlist his famous friends to take part instead.

Speaking on Gary Kemp and Guy Pratt’s Rockonteurs podcast, Noel said: ‘I f**king hate videos. I hate them with a passion.

‘I hate the fact they f**king cost money. And I have to p**s around all day about in the rain.

Noel added that Matt was at his house and he propositioned him about appearing in the promo for We’re On Our Way Now in the early hours.

The track is one of two new songs from his High Flying Birds’ greatest hits album Back the Way We Came: Vol 1, released last month.