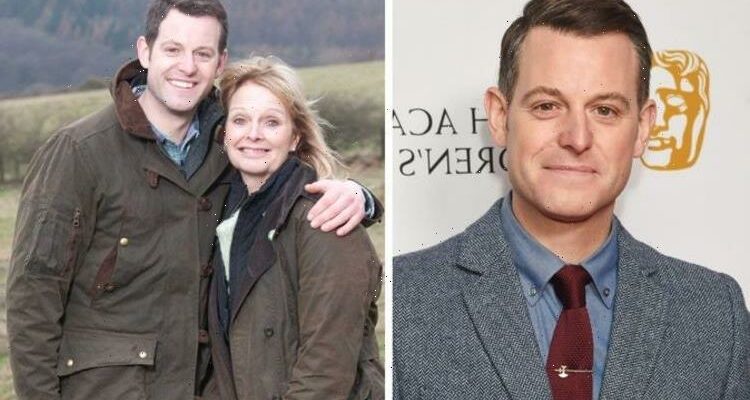 On Tuesday, Matt Baker made an appearance on ITV’s Lorraine to discuss his popular More 4 series, Matt Baker: Our Farm in the Dales, which returned for a Christmas special on Monday.

The 43-year-old presenter recalled how the programme came about to begin with, expressing that after leaving the BBC, he planned to use his spare time “reversioning the farm”.

I was a bit, you know, I have never put my family on TV or anything like that before

At the time, Matt, who launched his production company after his departure on The One Show, mentioned having had a handful of meetings with TV commissioners, who later suggested he should consider documenting his life on the farm, including his mother’s road to recovery.

“I was a bit, you know, I have never put my family on TV or anything like that before,” he told Lorraine Kelly.

“So, all of the things that you see us do we would be doing anyway, whether that be on telly or whatever.”

He explained that all of the meetings with commissioners were initially for a project that Matt’s production company would be interested in developing.

But after the accident in July 2020, Matt temporarily moved his wife of 16 years, Nicola, and their two children Luke, 13, and Molly, 11, to his parents’ farm in the Durham hills to help out, as his mother was being treated for her broken leg.

Suddenly, the interest switched over to Matt’s life as he juggled work on the sheep farm while caring for his mum and dad.

Matt continued: “It’s fascinating how all this started, because for anybody that doesn’t know, my mum had this really nasty accident.

“We basically have been refurbishing the farm, and it was never meant to be a television show at all and because I left The One Show, and I was back up there.

“We were refurbishing the farm, so having all of these meetings, because I set up a production company straight after leaving.”

The former Blue Peter star recalled being asked whether he’d be open to filming his family for a potential show one of the TV commissioners had proposed, but Matt remained hesitant on the offer.

“So yeah, we did one with a real Christmas tree, we actually filmed it back in October.”

Earlier this year, Janice discussed her leg injury in an episode of the programme, as she remembered getting the lambs and the ewes ready for clipping.

From there, she said a “big ewe just stood on my foot and I was just grounded. Then they just dived into my leg and then another two just went…the pain was excruciating.”

In the first episode of Season 1, Matt took his mum back to the scene where the incident occurred for the first time since leaving the hospital.

Janice was brought to tears as memories of the painful accident flooded her mind.

“She had to go down there and she had to experience that area again,”  Matt insisted.

Right from the beginning of the show, it became his goal to provide his mother with much-needed changes to the farm so that she wouldn’t find it too physically demanding.

Meanwhile, a third season of the hit show has reportedly been commissioned.