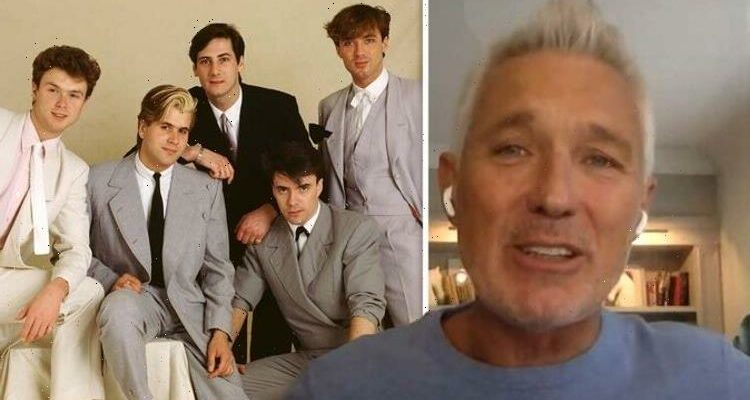 Spandau Ballet, comprised of brothers Martin and Gary Kemp as well as Tony Hadley, Steve Norman and John Keeble, became a band in 1976 when the musicians were in school. During their formative years, the band went through several names before deciding on the one that would lead them to worldwide success.

They were first called Roots, after Gary’s track ‘I’ve Got Roots’.

Still undecided on a moniker, the band changed their name to The Cut The following year, and then The Makers, followed by The Gentry.

It was in 1979 that they settled on Spandau Ballet.

During a trip to Berlin, friend of the band and writer Robert Elms saw the phrase written on a toilet wall and suggested it as their new name, however he wasn’t aware of its grim meaning

As reported by The Mirror, the term referred to the movement of bodies as they were being hung during World War Two.

The writing that Robert had seen in Berlin read: “Rudolph Hess, all alone, dancing the Spandau Ballet.”

Hess had been a leading member of the Nazis but hung himself when he was held in Spandau Prison in West Berlin.

Another possible meaning is that Spandau was the manufacturer of Nazi machine guns and the ‘Spandau Ballet’ referred to the movement soldiers made in their final moments.

Despite the rather morbid name, it didn’t have a negative effect on the band’s success as they landed a number one single with True in 1983, a BRIT Award and eight UK Top 10 albums.

Martin recently opened up about the “real shame” of the feud that would unfold following their split.

He told Metro earlier this month: “Imagine five small cogs and they’re put together inside a box to make a big machine called a band.

“If one of those cogs stops working, then it all falls apart. You have to work together to get what you want.”

He added that there is no hope of the original band reforming, because “that ship has sailed”.

Martin continued: “It’s a real shame. I’ve got respect for everyone in the band, I love them dearly, but people choose their own paths in life.”

Martin has gone on to have a successful acting career, most notably with his role as Steve Owen in EastEnders, who he played from 1998 to 2002.

In a recent appearance on This Morning, Martin joked that the soap was “glad to see the back” of him when his character was killed off.

He had taken a tour of the new set for a segment on The One Show and was impressed by how much it had changed.

The actor told Holly Willoughby and Phillip Schofield: “The last time I was there, they were glad to see the back of me!

“It’s amazing. It’s built out of bricks and mortar instead, when I was there it was plastic bricks that were flapping around in the wind.

“Once I was doing a scene with Dot [Cotton] and the guy had to staple it back on, you know the bricks.”