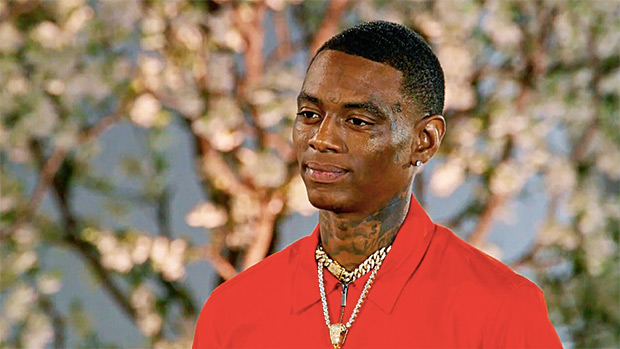 The March 14 season finale of ‘Marriage Boot Camp’ was a wild one, as one couple became engaged and another one split. Did your favorites go home together?

After 10 days of filming Marriage Boot Camp: Hip Hop Edition, the couples were forced to decide whether they’d stay together or leave apart. And the results were pretty shocking. Did Lil’ Mo finally have enough of Karl’s lies? Did Soulja Boy pop the question to Nia Riley? And after Jessica’s lie detector deception, did she and Shawne leave engaged or enraged? All of those questions and more were answered during the dramatic season finale on March 14.

First, we’ll touch upon Lil’ Mo and Karl Dargan. During the final ring ceremony, Dr. Ish and Dr. V told Karl that he “should be worried” about Lil’ Mo leaving him. Especially after they caught him Facetiming another woman in the kitchen when she was upstairs sleeping. Karl didn’t seem to feel any remorse for his actions until Dr. Ish told Karl it’s time for him to “level up.” After hearing that, Karl told Lil’ Mo, “The problem you have with me is me being to accessible. So, I’m going to have to shut it down. I love you. I’m going to change.” So maybe that’ll be the end of his cheating ways. And they did leave the house together after exchanging rings, so there’s definitely some hope for them!

Meanwhile, Soulja Boy and Nia Riley had an equally emotional finale, as he had planned on proposing during the ring ceremony. Karl even ran outside to snap a pic once Soulja Boy got down on one knee, but everyone was disappointed to learn that Soulja Boy decided to wait to propose. While he said that he wanted to marry Nia, he “wanted [his proposal] to be sacred.” So instead, Soulja Boy decided to propose during the couple’s final confessional. In front of just a handful of producers, Soulja Boy got down on one knee and asked Nia to marry him! And she said yes. Sadly, though, an update at the end of the episode revealed Soulja Boy and Nia are no longer together.

Later, Jessica and Shawne dealt with their own drama, as they nearly left the house before the ring ceremony. Jessica was extremely upset about their results from the lie detector test, since it showed deception, so she asked Dr. Ish to let them take the test again. He refused, and she threatened to leave the house, but Shawne convinced her to stay and they ended up exchanging rings at the final ceremony. So in the end, everything worked out for them. They even picked a wedding date, but in an update at the end of the show, it said that they never got married and have pushed back their ceremony.

But that wasn’t the case for Lil Fizz and Tiffany. When they stood in front of each other at the final ring ceremony, he revealed that he didn’t have a ring for her in his box. And it was because he didn’t think he was the right guy for her. She, however, did have a ring in her box, but she said it wasn’t for him. Instead, she said it was for a future boyfriend who would love her unconditionally and treat her right.

Finally, Waka Flocka and Tammy did exchange rings and they’ll be celebrating by renewing their vows on a 2-part special premiering next Thursday, March 14, at 8pm on WE tv!