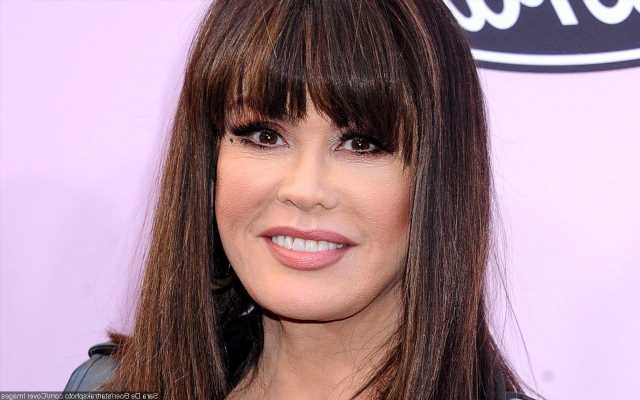 The former ‘Donny and Marie’ host insists that she doesn’t ‘not help’ her children, while doubling down on her remark about ‘the greatest gift’ that she can give to her children.

AceShowbiz –Marie Osmond isn’t changing her mind about not leaving her fortune to her children after shocking everyone with her decision in 2020. Defending her plans, the singer/actress believes that giving her children inheritance will only breed “laziness and entitlement.”

“Honestly, why would you enable your child to not try to be something? I don’t know anybody who becomes anything if they’re just handed money,” the 63-year-old star, who grew up in the show business family the Osmonds, told Us Weekly on Tuesday, January 10, while promoting her Nutrisystem partnership.

“To me, the greatest gift you can give your child is a passion to search out who they are inside and to work,” she added. “I mean, I’ve done so many things from designing dolls [and much more]. I love trying [and] I wanna try everything. I’m a finisher.”

Explaining how she’s raised her children, the country music star continued, “That’s one of my rules with my kids. If you start it, you finish it, you don’t ever have to do it again, but you gotta finish. And, I just think all [an inheritance] does is breed laziness and entitlement. I worked hard and I’m gonna spend it all and have fun with my husband [Steve Craig, whom I remarried in 2011].”

Marie insisted that it doesn’t mean she doesn’t give any financial support to her kids. “I don’t not help my children. I mean, [if] they need help [buying] a car or something, [I will pitch in,]” she claimed. “I love them to learn. You don’t love something if you don’t earn it. And so, even when they get their first car, you pay for half of it, get a job and learn that self-worth that [it] gives you.”

Marie made headlines in February 2020 when she revealed that she had no plans to leave her fortune to her children. “I think you do a great disservice to your children to just hand them a fortune because you take away the one most important gift you can give your children, and that’s the ability to work,” she said on “The Talk” at the time. “You see it a lot in rich families where the kids, they don’t know what to do and so they get in trouble. Let them be proud of what they make. I’m going to give mine to my charity.”