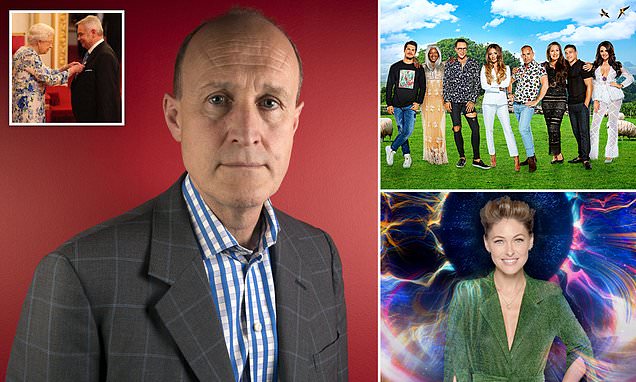 SEBASTIAN SHAKESPEARE: Man behind Big Brother accused of being a ‘cultural vandal’ is appointed to Queen’s honours committee

As the arch luvvie who popularised Big Brother, Peter Bazalgette was famously pilloried as a ‘cultural vandal’ charged with the ‘dumbing down’ of television.

The flamboyant executive has now, however, been fully embraced by the Establishment by being quietly appointed to the committee which hands out honours on behalf of the Queen.

I can reveal that Bazalgette, 65, is to be made a member of the Arts and Media Honours Committee — which will raise serious questions about potential conflicts of interests as he’s also chairman of ITV. 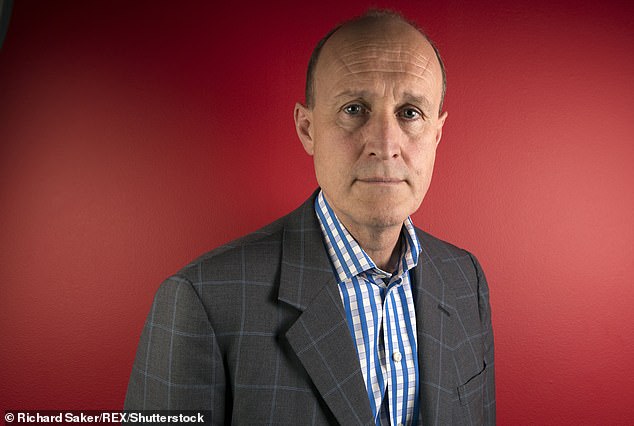 ‘It’s outrageous,’ a Whitehall source tells me. ‘He will be in a position to suggest that ITV stars are rewarded with knighthoods, damehoods and OBEs.’

But friends of the arts panjandrum (right), who has served as chairman of English National Opera and Arts Council England, say the committee will benefit from his expertise.

‘It’s good that there are apparent conflicts of interest,’ claims one pal. ‘He can tell them who’s good and who’s bad! He has been appointed because he knows who in the arts deserves to be honoured. 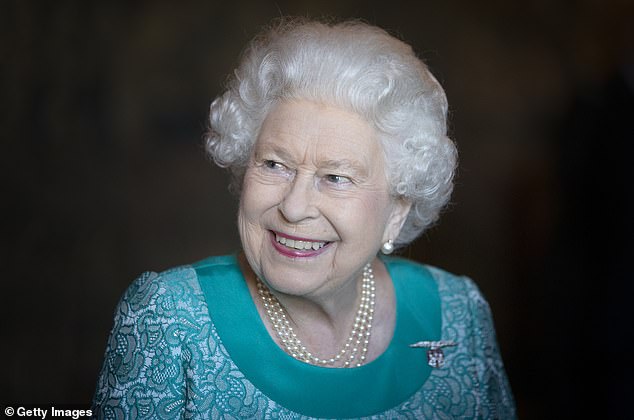 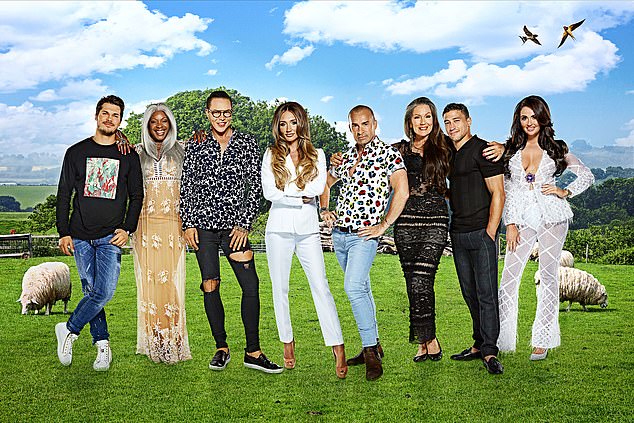 ‘Of course, he will declare his interests every time it is relevant.’

He will replace Julian Fellowes, the Oscar-winning creator of Downton Abbey, as the committee’s film and television expert.

Friends joke that while his great-great-grandfather, the Victorian engineer Sir Joseph Bazalgette, who designed London’s sewage system, rid homes of ordure, Baz junior has been pumping it back in again.

At least he already has a knighthood, awarded in 2012 before he became chairman of Arts Council England. Previously, there’s been criticism that gongs have gone to serving members of the committee.

For all upwardly mobile luvvies, Baz will now be the first port of call en route to Buckingham Palace. 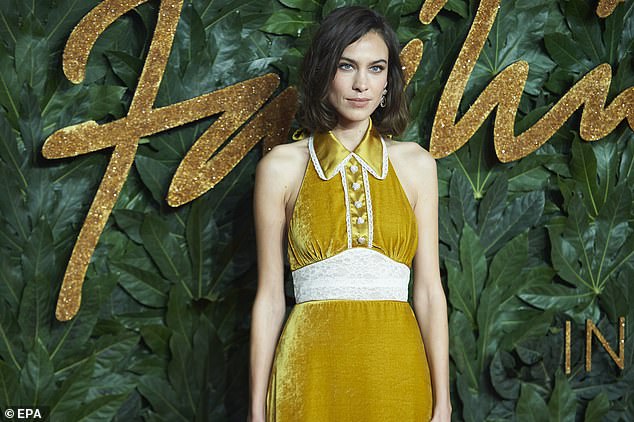 Accounts for its operating company, Alpha Charlie, disclose a £2 million increase in losses in the past year, to £3.5 million.

Others might find that debt crushing. But the 35-year-old model and presenter inspires faith in her shareholders.

Nicole Kidman, whose performance on the West End stage was once described as ‘pure theatrical Viagra’, will not be perking up theatregoers again anytime soon.

‘I did it in London . . . and it was hard,’ admits the Oscar-winner, who has two daughters with her musician husband Keith Urban: Sunday, ten, and Faith, eight.

Kidman, whose most recent London stage role was in Photograph 51 in 2015, adds: ‘You miss bedtime. I can’t miss bedtime. That makes me cry.’ 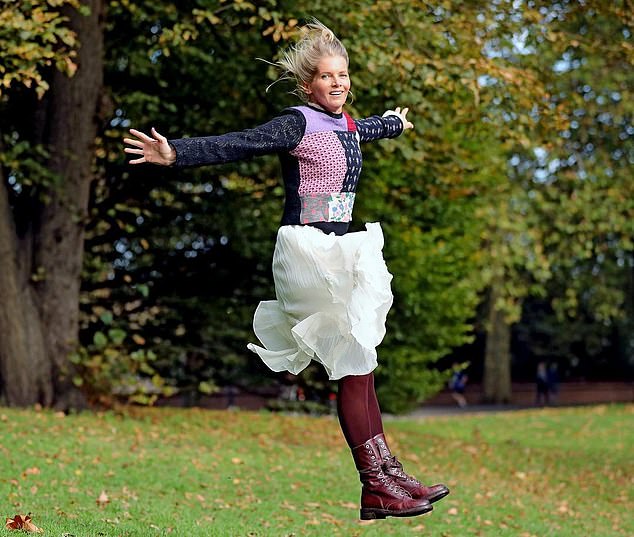 Facing eviction by the end of this month from her £8.9 million house in Chelsea, and estranged from her oligarch lover Sergei Pugachev, socialite Alexandra Tolstoy could be forgiven for retreating from the world in despair.

But it seems that’s not the 45-year-old’s style: she has instead greeted the New Year with arms outstretched and with a carefree smile.

‘Landing in 2019,’ the mother of three wrote online next to this image of her leaping in the air in a flouncy white dress and patchwork-effect top.

Before Christmas, she said of their West London home: ‘We have to be out by the end of January and have nowhere to move to.’

The impending eviction is the consequence of High Court action taken against Pugachev — once known as Putin’s Banker — by state creditors in Moscow, who accuse him of embezzling more than £655 million.

Is Bridget Jones creator Helen Fielding turning into her fictional heroine? The 60-year-old author has published her New Year’s resolutions online and they will be remarkably familiar to readers of her novels. ‘I will lose 7 lb,’ she declares. ‘Drink no more than 14 units per week; never be late again; go to gym five times a week, not merely to buy a cappuccino.’

How about write a new Bridget Jones book? That’s the resolution Fielding’s fans would wish to hear.

Jamie Oliver’s moan that his offer to cook for the Duke and Duchess of Sussex’s wedding did not even receive a reply has failed to win sympathy from the Queen’s former press secretary, Dickie Arbiter.

‘From my own experience, all correspondence is acknowledged, so why’s he whingeing seven months after the nuptials?’ Arbiter sneers. ‘Is this a publicity stunt to fuel an ailing business?’ Too harsh, surely? 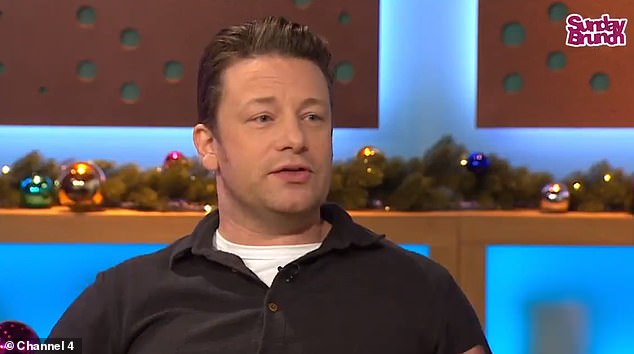