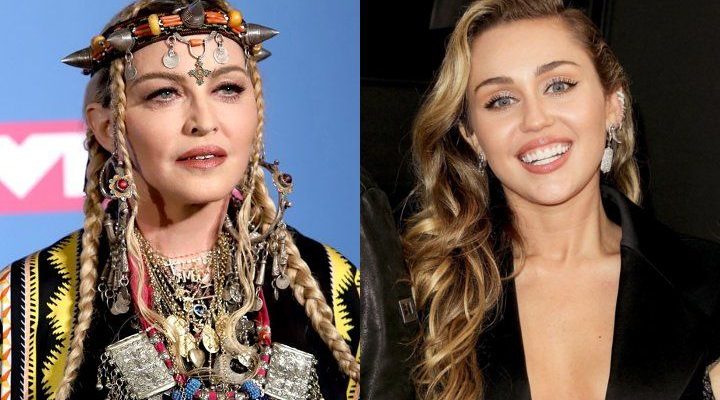 The ‘Material Girl’ hitmaker is quick to offer support to the estranged wife of Liam Hemsworth after she let out a lengthy message on social media addressing cheating allegations against her.

AceShowbiz –Madonna has offered her support to Miley Cyrus after the “Wrecking Ball” star jumped on Twitter on Thursday, August 22 to hit back at reports she cheated on her husband, Liam Hemsworth.

The stars announced they’d split earlier this month, leading to speculation about the break-up and whispers Miley’s alleged infidelity was to blame.

Cyrus insisted she was no cheat and went on to list her “transgressions” in a lengthy Twitter rant, in a bid to prove she would have owned up if she was.

Madonna responded to the posts by tweeting: ‘Thank GOD!! You are human! A woman who has lived…”.

Like the “Material Girl” singer, Cyrus has stirred up controversy over the years, and during her tweets on Thursday she revealed she lost the lead role in “Hotel Transylvania” after a photograph of herself licking a penis cake went viral, while bosses at superstore chain Walmart pulled a lucrative deal after she was snapped “ripping a bong”.