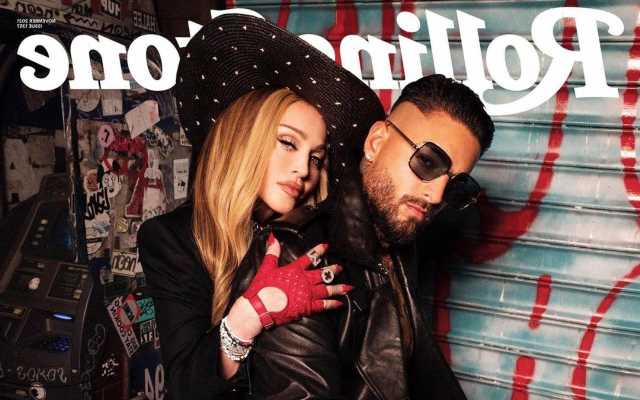 In a new magazine interview with her ‘Medellin’ collaborator, the ‘Beautiful Stranger’ singer admits that her bed time is getting later and later since she is at her most creative at night.

AceShowbiz -Night owl Madonna rarely goes to bed before 4 A.M. The singer, who is mum to six kids, is at her most creative at night and admits her bed time is getting later and later.

In a new Rolling Stone magazine interview with pal and collaborator Maluma, he recalled how their first studio session together began at 8 P.M., prompting her to exclaim, “That’s just when the juices start flowing!”

The “Beautiful Stranger” hitmaker then poked fun at her “Medellin” collaborator for keeping “old-man hours.”

“You’re an old man. Those are old-man hours. You go to bed at 8? That’s crazy,” Madonna laughed.

In the feature, the “Like a Virgin” hitmaker also offered some words of advice for the Colombian singer. “Your career will go in many directions,” she told him. “You’ll have ups and – I’m sorry – but you’re going to have some downs, too, because that’s life.”

Maluma, in the meantime, opened up about how Madonna influenced his career. “You changed my vision in many ways,” he stated. “I’m still young and I’m still learning a bunch of things in this industry and my career, but for sure it was an important thing to just be more confident in myself.”