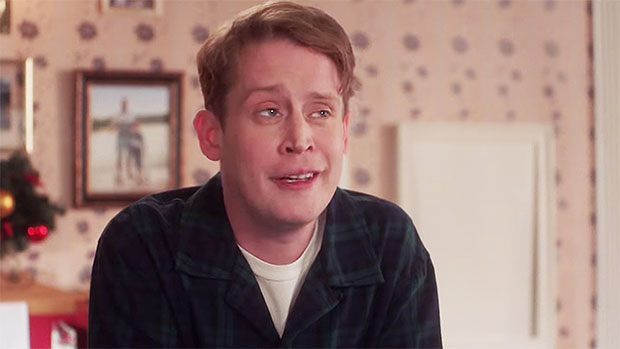 Get ready, you filthy animals, because Kevin McCallister is back! Macaulay Culkin teamed up with Google Assistant to give everyone what they really wanted for Christmas: a new ‘Home Alone!’

Well, not really, but what we got was close enough. Macaulay Culkin, 38, teamed up with Google Assistant for a new commercial that answered one of those burning questions: could Home Alone work in 2018? It’s been nearly 30 years since the first film, and the world has changed since the first time Kevin McCallister (Macaulay) was accidentally forgotten by his family one Christmas. Think about it: there was practically no Internet, cell phones were as big as a loaf of bread, and Google wasn’t even a thing. Judging by the new Google Assistant ad, it’s clear that Home Alone would be a completely different film if made today.

“Hey Google,” Kevin says, “what’s on my calendar today?” after the adult Kevin wakes up to find out that his family has disappeared. “You have one event called ‘House To Yourself,’ “ the Google Assistant-enabled device tells Kevin, prompting him to pull out the Home Alone greatest hits. There’s shaving, jumping on the bed, the scary furnace in the basement, and even a recreation of the famous Angels With Filthy Souls scene involving an unsuspecting pizza delivery guy. “Keep the change, you filthy animals.”

Even the Wet Bandits make an appearance – sorta – prompting Mac to enact “Operation Kevin.” Who needs paint cans, Micro Machines, and a wandering tarantula when you have Google Assistant?

“#heygoogle Have you ever wondered what Kevin McCallister is like as an adult? Me neither,” Macaulay tweeted after the spot came out. “But just in case you’re curious you should totally watch this #ad.” Mac’s reprisal of the role comes one year after he – an unabashed professional wrestling fan – joined The World’s Cutest Tag Team (Joey Ryan and Candice LaRae) to help them and Dick Justice take on Peter Avalon, Ray Rosas and Swoggle in a Bar Wrestling match. Mac assisted the Christmas-themed heroes with some Home Alone­-style antics, which even saw Macaulay pull off a huge dive!

For those who need a Home Alone fix after seeing the new ad, Home Alone is available on digital now at Google Play.