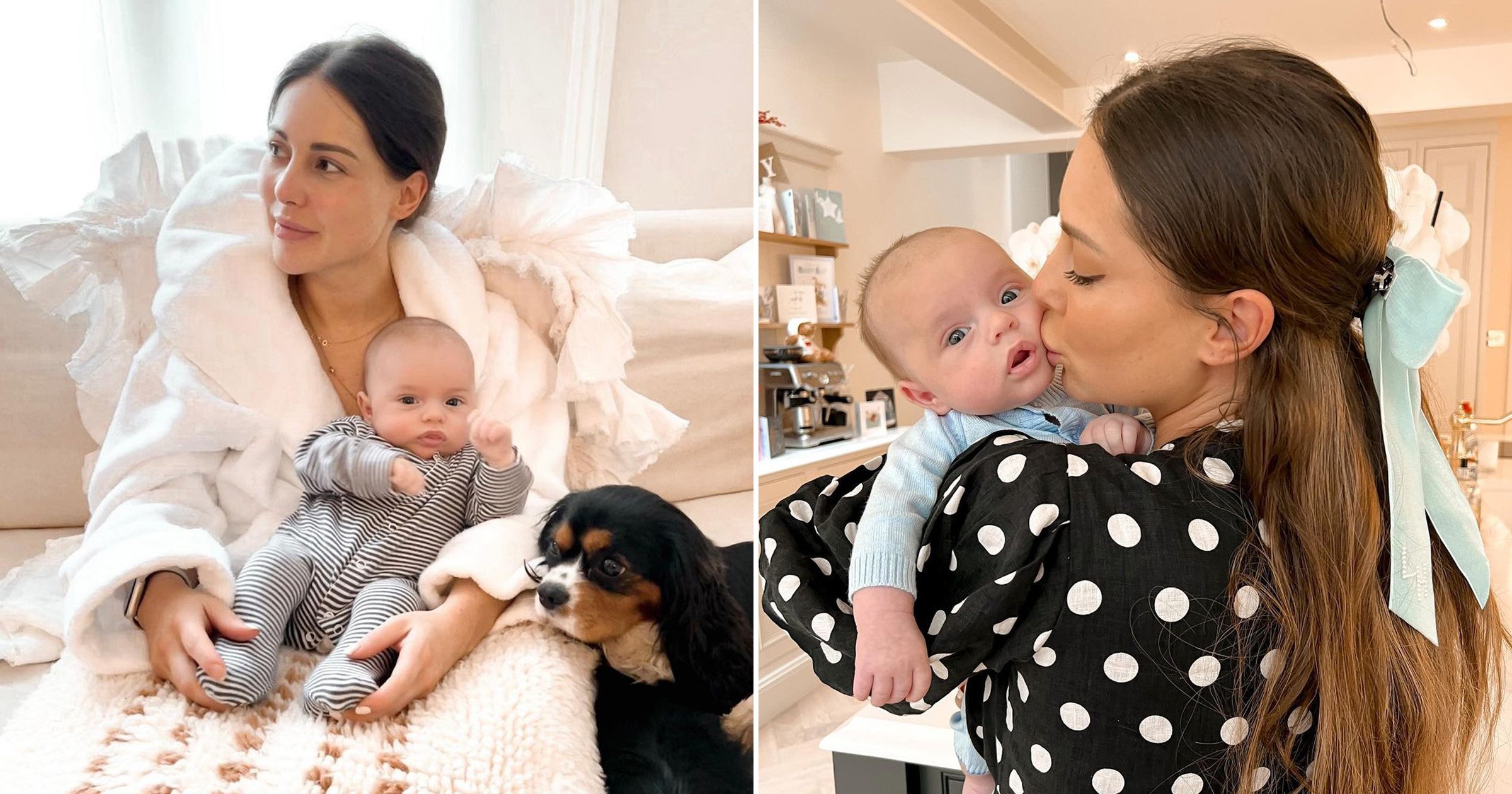 Louise Thompson has opened up about her struggle with depression and anxiety following the traumatic birth of her son, revealing that she is now on medication to help.

The Made In Chelsea star, 31, was diagnosed with PTSD after suffering complications while giving birth to her son Leo-Hunter, with her partner Ryan Libbey, late last year.

In a candid Instagram post shared as she celebrated her first birthday since becoming a mother, Louise said she ‘longed for a physical injury’ during the worst of her battle, so there might be a ‘tangible treatment’ to aid her recovery.

She went on to explain that she found help in modern medicine and is ‘so grateful’ she took it.

‘Severe anxiety and depression are not things you can just fix using “mindfulness” or cbt… sometimes you need mind-altering drugs to pluck you out of a really deep hole,’ Louise penned.

‘For a while i felt so rubbish that the highlight of my day was feeling pain or needing the loo because they were the only things that brought me back to reality. I bet that’s hard to imagine.

‘I could never have imagined suffering like this myself. I was one of those people that read about PTSD and didn’t understand how people couldn’t just be ‘over’ something after it had happened. How could survivors not be grateful to have survived? Why couldn’t they just move on with their lives?’

Louise said that during her worst moment, she asked her mother and partner why she ‘couldn’t have just died on the operating table because that would have been easier.’

‘Anything felt easier than this,’ she continued. ‘There was one point where I wanted to be admitted to A&E so that people could witness the pain I was in and inject me with something to put an end to it or at least put me to sleep.

‘I wanted to be monitored. I was very close to admitting myself to the nearest mother and baby unit, but that scared the shit out of me because at that point I couldn’t even look at Leo or anyone except my immediate family, let alone look after myself.

‘Being alive honestly felt like torture. Over the past few months I longed for a physical injury because then at least there might be a tangible treatment for it… I might be able to ‘see’ progress or my body getting better. There would be tests for it…Scans, blood tests etc. SOMETHING that people could see.’

Louise went on to reveal that she’s now making good progress and is ‘nowhere near’ where she was.

‘I needed help from modern medicine and I am SO grateful that I took it,’ she added. ‘(My brain was so scared of medication and resisted it in a BIG WAY), but I kept going.

‘I actually had to have people check on me to make sure I was taking the medication and the crisis team spoke to get Ryan to insist that he witness me take it.’

Louise’s candid post was applauded by her loved ones, with many thanking her for sharing her truth.

YouTuber Grace Victory penned: ‘There have been so many times I’ve cried in therapy that I feel ashamed I’m not always grateful to be alive.

Millie Mackintosh added: ‘You are so brave’.

Louise has recently discussed the backlash she faced for not breastfeeding her baby, despite it causing her ‘excruciating pain.’

The influencer continues to be open about the ups and downs of motherhood to break down taboos for other parents.