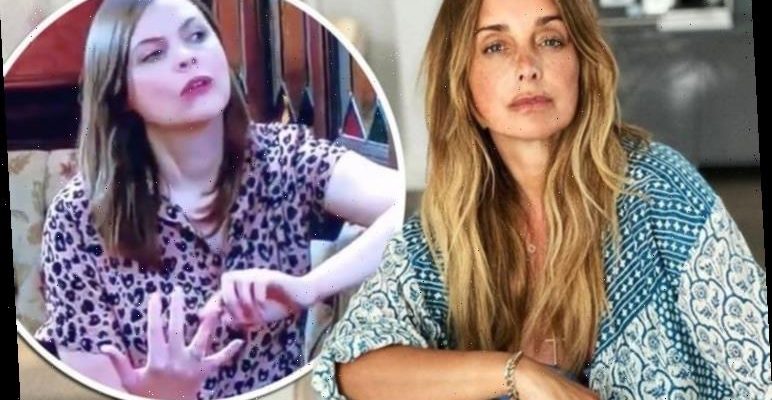 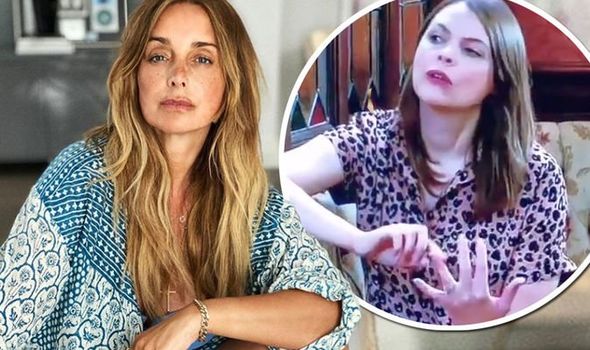 Singer Louise Redknapp was pleasantly surprised when her name was mentioned in the Rovers Return pub on Corrie last night. The moment caused an excited fan to reach out to the pop star to ask if a reunion with her former girl group Eternal was on the cards.

They took to Twitter with a video of the TV moment and tagged Louise and her former bandmates into the post.

In the clip, Tracey Barlow (played by Kate Ford) and Jenny Connor (Sally Ann Matthews) talk about the girl group.

“Name at least three members of the girl band Eternal?” Tracey asked the landlady, who was standing behind the bar.

“Go on, it’s easy this one,” she continued before attempting to answer the question herself. 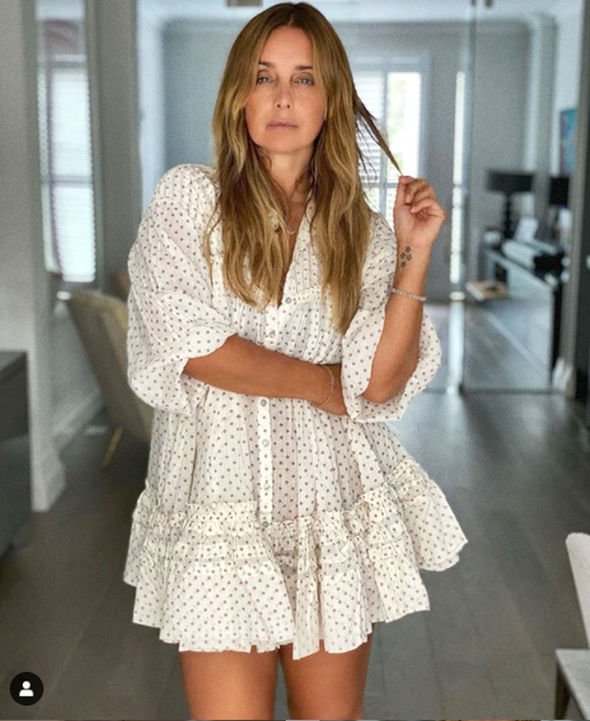 “Louise Redknapp, formerly Nurding, and Kéllé Bryan,” she began before getting stuck.

Jenny then completed the line-up by naming Easther and Vernie Bennett.

“@EternalReunion have made it on to @itvcorrie,” the viewer captioned the short clip.

“Is it true!? I have 4 texts over this already! #Eternalites fans,” the excited follower asked.

Back in the 1990s, Louise found fame with Kéllé and sisters Easther and Vernie.

Together, the R&B group released a string of hits before Louise left the band to go solo.

DON’T MISS…
Alex Jones: ‘Looking for a hand to hold’ The One show host speaks out
David Beckham draws attention to wife Victoria Beckham’s bottom
Gary Barlow looks better than ever as he returns to Instagram 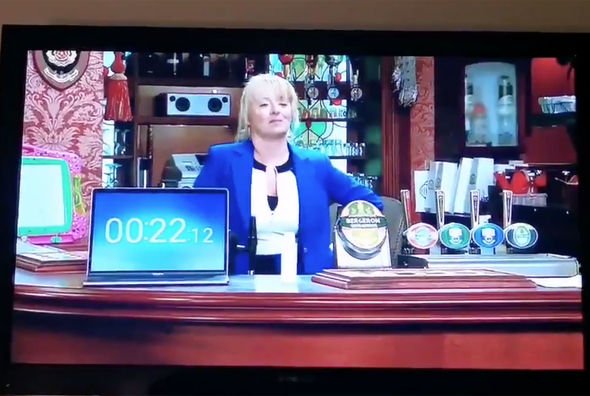 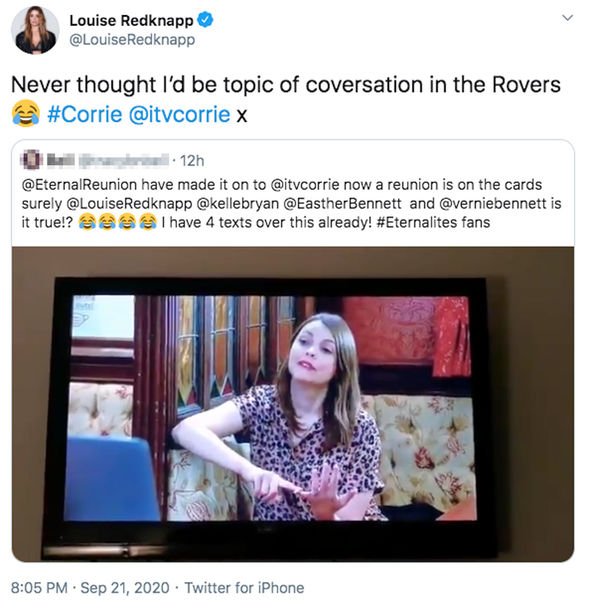 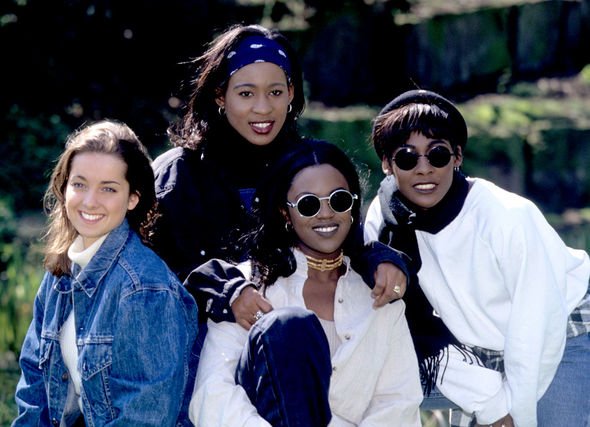 Reacting to the tweet, Louise re-shared the message and video clip with her 137,000 followers.

“Haha. Love this!! Over 20 years ago Sonia in @bbceastenders singing to power of a woman, now corrie doing this. @emmerdale its over to you,”(sic) one follower wrote in the comments section of the post.

“You know you’ve made it when you’re mentioned or playing on the jukebox in the Rovers!” a second fan added.

A third remarked: “Now we need a cameo.”