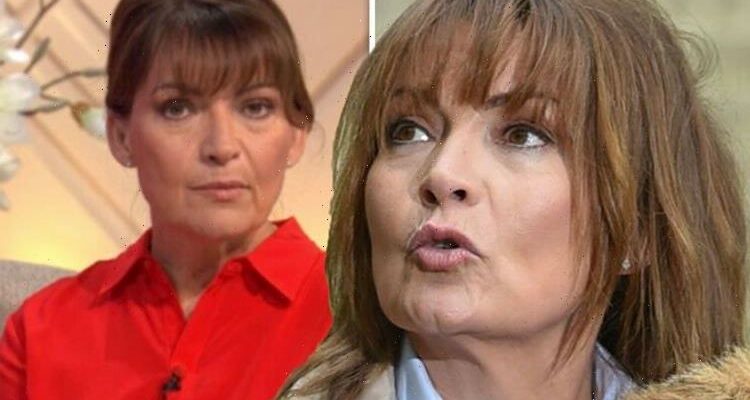 Lorraine Kelly has taken to social media to post an update after reports the suspicious item that caused Television Centre to be evacuated today was addressed to her. The bubbly TV star did not comment on the worrying news, instead opting to promote her upcoming podcast episode.

Posting on her Instagram Story, Lorraine shared a clip of the podcast she hosts alongside her daughter Rosie.

It was a preview of the latest episode of What If? in which Lorraine and Rosie interviewed presenter and activist Katie Piper.

The 62-year-old has not yet publicly addressed the incident that happened earlier today, sparking a police investigation.

The Sun reported that the suspicious item that caused the evacuation was addressed to Lorraine.

Thankfully, the package was intercepted by ITV’s security staff before it reached 62-year-old Lorraine.

A source close to the daytime star claimed she is “very concerned” by the incident.

“Word quickly got around that whatever the box contained, it was addressed to Lorraine,” they told The Sun.

“Everyone at ITV loves her – so people were upset and very concerned over the whole incident.

“Fortunately everyone is safe, but it shakes everyone up.”

Express.co.uk has contacted a representative for Lorraine and ITV for comment, while the Met Police declined to comment.

Workers from Television Centre in West London were evacuated while police surrounded the area, with social media users posting photos of the worrying situation on Twitter.

A statement from the Metropolitan Police read: “At 11:14hrs on Thursday, 10 March, police were called to reports of a security alert at Wood Lane, White City. It was reported a suspicious item had been discovered.

“The area was evacuated as a precaution and White City and Wood Lane tube stations were temporarily closed. The incident was stood down shortly before 12:49hrs. An investigation is ongoing.”

Two stations near the studios, Wood Lane and White City, were also closed, with the TfL Twitter account explaining it was due to a “security alert”.

Meanwhile, a spokesperson for ITV said: “Due to a suspected security alert, the building which ITV daytime broadcast from was safely evacuated.

“The issue has been resolved and staff have returned to the building following the all clear from the police.

“We apologise for the interruption to the schedule and we have now returned to normal programming.”

Meanwhile, Loose Women host Charlene White also addressed the situation on her Twitter page, admitting she was sad the episode was scrapped.

“The whole @loosewomen team were really gutted we couldn’t do the show today!!” she wrote.

“Especially since Jane’s back from holiday. We did however spend the time wisely, by treating ourselves to lunch up the road for a good ol’ chinwag.”