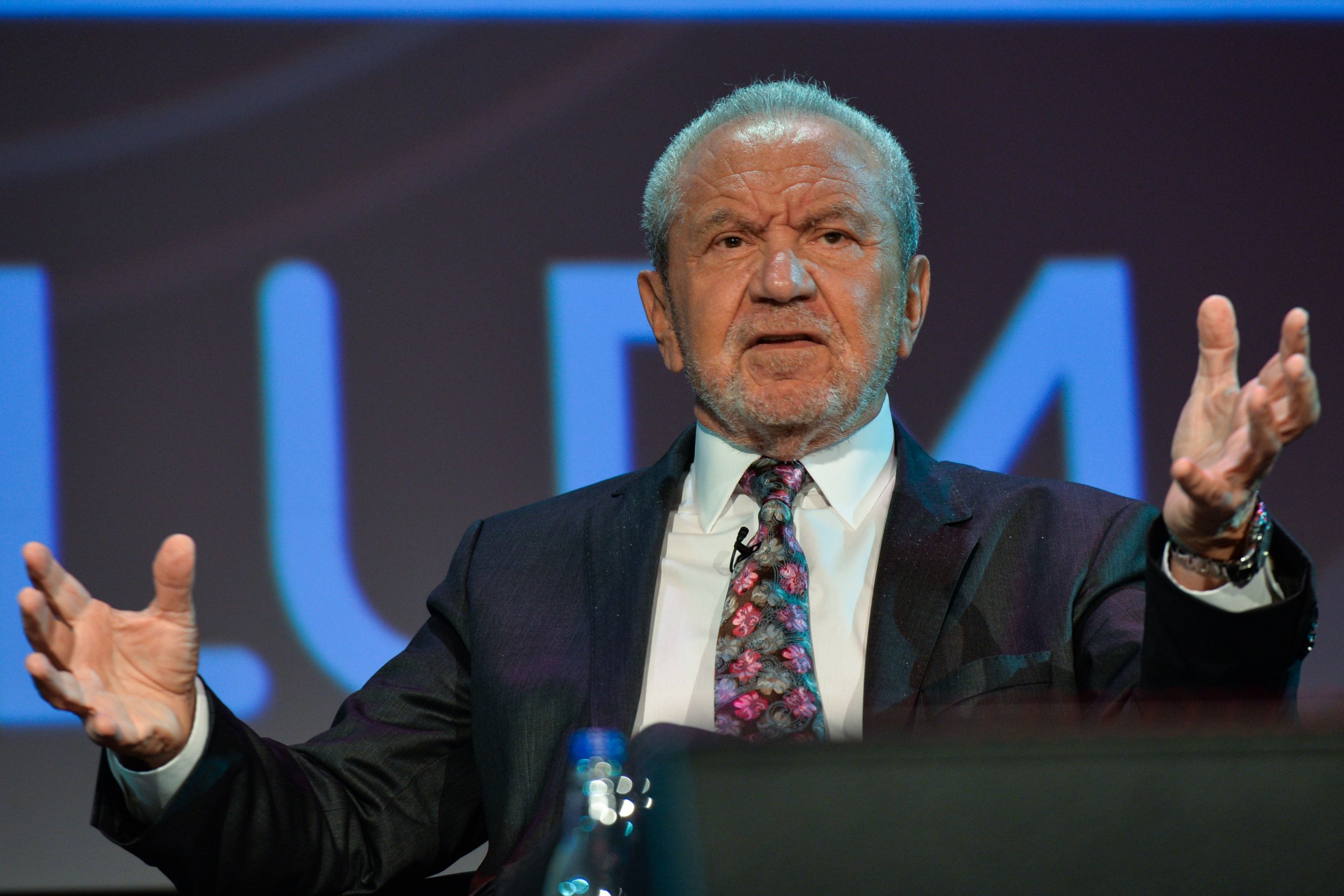 Lord Alan Sugar reportedly earned a whopping £390million last year in one of the biggest ever paycheques to a British boss.

The Apprentice star, 74, supposedly enjoyed a lucrative year after branching out into property, with his earnings being equivalent to more than £1million per day.

The payout is disclosed as a dividend in accounts filed last week for his holding company, Amshold Ltd, according to The Daily Mail.

The dividend is based on the company’s past successes, as opposed to its performance over the previous year.

The newspaper reports that the businessman and TV star has been paid enough to cover more than 1,500 series of The Apprentice, which sees winners receive an investment of £250,000 into their business.

Amshold’s principal activities are described as ‘property trading and investment’ as well as ‘the provision of management services’ and a note in the accounts also references ‘media activities’.

The company returned a £47million pre-tax profit on turnover of £79 million in the year to last June, and held £271million worth of investment property at the date the accounts were filed, the Daily Mail has claimed.

Amshold, the company responsible for all of Lord Sugar’s private companies and companies formed in partnership with him and The Apprentice, is reported as being ‘wholly owned by Lord Sugar’, after his wife, Ann, was a director until May 2021, when she signed over her half-share to her husband.

The business remains a family affair though, with sons Simon and Daniel still listed as directors.

As for employees, staff costs were recorded as £2.6million.

According to reports, £502,000 of that sum went to the highest-paid director, although that is likely to be Lord Sugar himself, so really he’s quids in.

This paycheque sees the BBC star become one of the world’s highest-paid bosses.

Lord Sugar has accumulated his wealth through a string of business ventures since he was young.

He founded computer and electronics company Amstrad in 1968, which was worth an estimated £1.2billion at the height of its success.

The businessman also owns an advertising company called Amscreen, a jet charter business, Amsair, and an IT firm, Viglen.

News of Lord Sugar’s big payout comes just as we gear up for The Apprentice to return to our screens.

The business show has been off-air throughout the pandemic and usually airs in autumn, but it’s back to brighten up our dreary January evenings this week.

A group of 16 hopefuls will venture into the boardroom with the hopes of winning over Lord Sugar and his wallet.

The ambitious entrepreneurs will battle it out from Thursday night in a series of tasks, with the stakes higher than ever.

Metro.co.uk has contacted reps for Lord Sugar for comment.