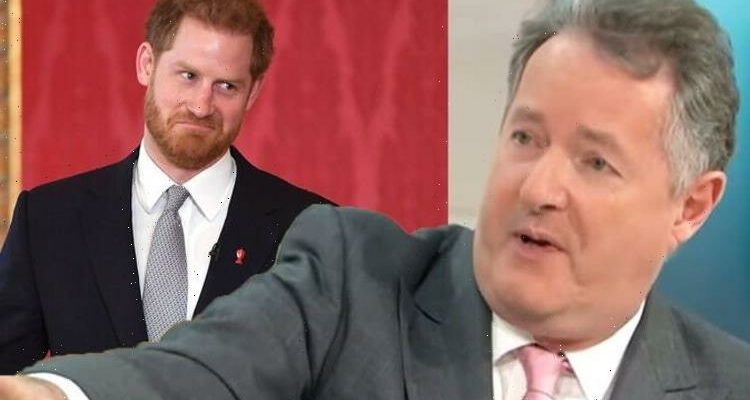 Piers Morgan, 56, has been left furious by a complaint from the Duke of Sussex regarding his press coverage. The former Good Morning Britain presenter has remarked that the “little twerp” needs to remember “there’s a war raging” when he is “bleating” about his problems.

Piers left his raging comment in response to the latest news story on the infamous Prince Harry.

The Duke of Sussex has claimed he suffered “substantial hurt, embarrassment and distress” after a Mail on Sunday report about one of his other court cases.

The repercussions of this, according to Harry’s lawyers, inspired a “feeding frenzy of hostile comments” online.

Piers quipped in view of his 7.9 million Twitter followers: “Is the little twerp ever not hurt and distressed?

“Imagine bleating like this when there’s a war raging?”

Many social media users offered their own opinions in the comments.

CraigSJames said: “I thought he said recently that he no longer looked at comments on social media.”

Eyeswatchin added: “Separately they were harmless, but together they are insufferable.

“Funny how some couples just bring out the worst in eachother.”

“He’s been too sheltered for too long.”

However, not all social media users agreed with the outspoken Talk TV star.

Richard905125 said: “You appeared to be ‘hurt and distressed’ when someone disagreed with you!”

Craigypickle added: “Imagine bleating about someone bleating when there is a war going on.”

Dewster99 pointed out: “Didn’t he actually serve during a war though?”

Piers regularly launches attacks on the former royals Prince Harry and his wife, Meghan Markle, most recently regarding their new Spotify deal.

Piers mocked the couple after Spotify released a statement about misinformation following pressure from the Sussexes, who are launching a new podcast series on the platform.

In January, Harry and Meghan urged Spotify to make changes to prevent “serious harms” due to misinformation about Covid linked to its popular show The Joe Rogan Experience.

Meghan and Harry’s statement did not call out the podcaster individually, but he had been the target of a Spotify boycott instigated by Neil Young and other musicians and talent for featuring guests who spread conspiracies without fact-checking.

Now, the couple’s production firm Archewell says it’s satisfied that Spotify is “adequately addressing the problem of misinformation on its platform”.

After seeing an article confirming Spotify had released a misinformation statement, Piers called Meghan a “liar” and said the pair are “beyond parody”.

He wrote on Twitter in response to the article: “So a proven liar is now satisfied nobody else is lying? Beyond parody.”