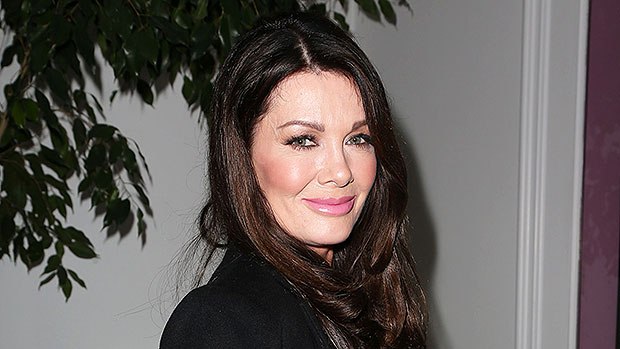 The catchphrases for Season 9 of ‘RHOBH’ are here, and Lisa Vanderpump takes the crown for her one-liner. Hear LVP politely tell her betrayers to kiss her derriere.

Lisa Vanderpump’s tagline for Season 9 of The Real Housewives of Beverly Hills is very telling of what we can expect this upcoming season, which premieres on Feb. 12. Reports of the restaurant entrepreneur’s drama with the RHOBH cast have piled on since Oct. 2018, with shady interview answers thrown here and there. Lisa, 58, summarized the drama with her new tagline that Bravo released: “You can stab me in the back, but whilst you’re there, kiss my a**.” Now that’s eloquent. Just imagine those words said in the politest British accent — listen for all the taglines in the video below!

Lisa opened up about her feelings of betrayal during an EXCLUSIVE interview with HollywoodLife on Feb. 7. While talking about her “very tough” personal year, LVP explained, “with all the women you know accusing me of things, well I wasn’t as prepared for it as I’ve should’ve been.” Lisa also voiced this frustration with her castmates in the Season 9 trailer, during which she says through tears, “They’re all trying to make me feel like a terrible person.”

As for why Lisa is at odds with her RHOBH co-stars, they’re “really fed up” because she has refused to film Season 9 them, a source claimed to HL. After filming wrapped, this resentment was even addressed on the Feb. 7 episode of Watch What Happens Live With Andy Cohen! When Andy Cohen asked co-stars Kyle Richards, Lisa Rinna and Teddi Mellencamp who the “mean girl” of the season was, Kyle quickly replied, “[Well], I don’t know if ‘mean girl’ is the right word, but obviously we have an issue with Lisa Vanderpum…that’s been the heart of what’s happened between all of us that caused a lot of the main problems.” But they have yet to pinpoint the exact source of this feud. We know that Kyle confronted Lisa’s husband, Ken Todd, in a huge fight that’ll play out in a future episode. Kyle told Andy that she hasn’t talked to Lisa since.

With Season 9 premiering tomorrow, Feb. 12, it’ll be interesting to see how this feud has developed over the months. Lisa continues to take rain checks on major Real Housewives bonding activities, from Camille Grammer’s wedding in Oct. 2018 to Andy’s baby shower on Jan. 26 of this year!