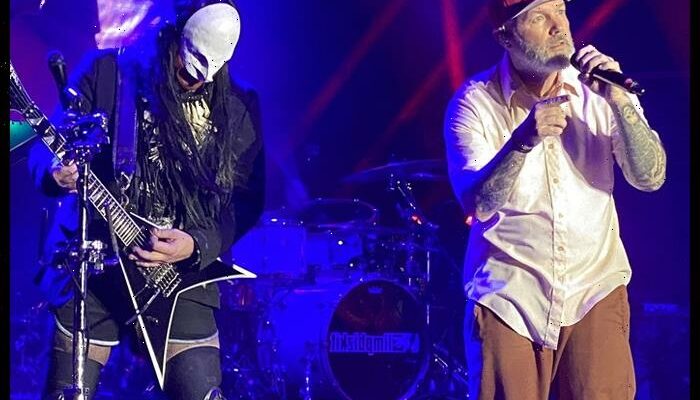 Durst, assuming the role of the preppy dad, sporting a gray wig and a horseshoe mustache, wears a pastel button-down and dark khaki pants, while Otto plays the cool, tattooed dad, chilling alongside his wife and young daughter. Rivers sports a sailor’s hat and yacht-printed shirt as he goes fishing in a swimming pool. Borland appears as a Catholic priest, while Lethal joins in later, dancing along with others.

“Can’t live with ’em, can’t live without ’em/ New kid back on the block with a R.I.P./ Dad got the sag in the back with a drip/ Come and get a sip/ La-di-da,” Durst sings in the song’s chorus.

The video also features Steel Panther‘s Michael Starr and Stix Zadinia turning up with tennis rackets and showcasing a few moves of their own.