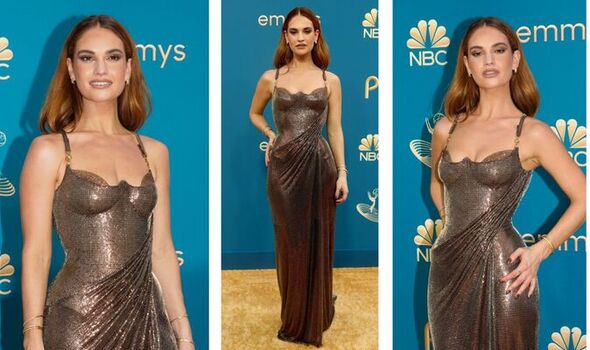 Free from the prosthetics she’d worn in her role as Pamela Anderson, Lily James was scarcely recognisable outside of the Pam and Tommy series, but she looked uncompromisingly glam at the Emmys nonetheless.

However, she was no longer wearing a replica of Pamela’s iconic red swimsuit when it came to her red carpet appearance at the Emmys yesterday.

The actress had transformed back into a brunette, while she slipped on an iconic, floor-length, silver sparkly gown courtesy of Versace.

The brand had also dressed her for other high profile events this year such as the Met Gala.

While on the red carpet, the first-time Emmy nominee let slip some of the details about her gown, telling the world that she’d played her part in the design process, choosing the colour and researching “early 2000s silhouettes” along with the brand.

“I’m obsessed with every tiny bit of it!” she exclaimed to her red carpet hosts. 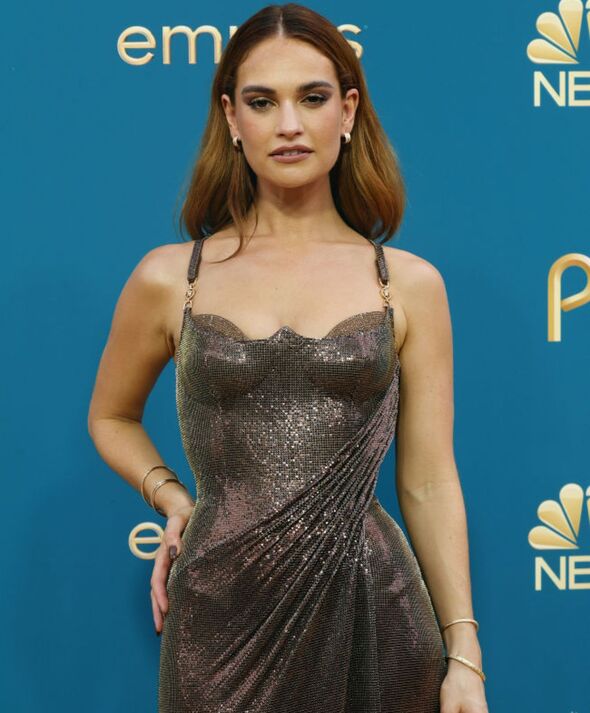 Lily James reignited her love affair with Versace via her latest red carpet dress, with the ruched fabric on one side accentuating her curves. 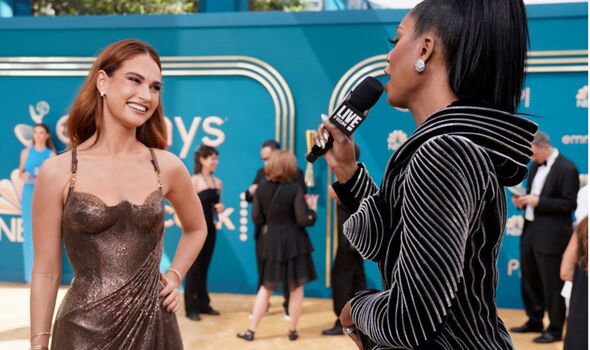 Lily James chatted about her dress for E! Live From The Red Carpet

Lily James and Laverne Cox talked about the sensational red carpet look, with Lily admitting that receiving her Versace dress was “unreal” and “just heaven”. 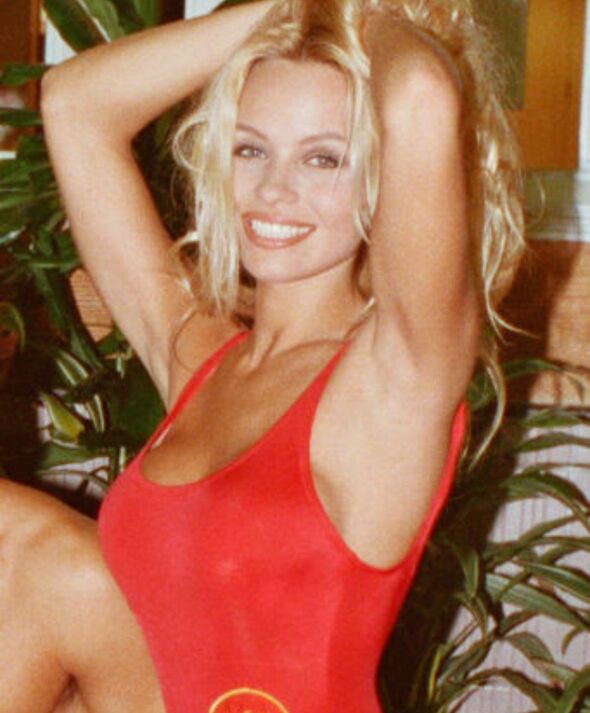 Lily James took on the challenge of channelling Pamela Anderson

Lily James donned the same style of bright red swimsuit that the real-life Pamela Anderson, pictured, had made famous on Baywatch. 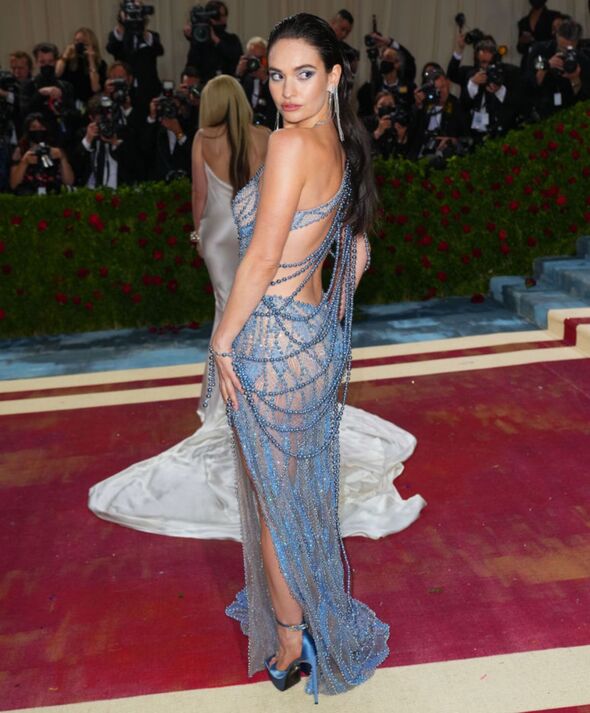 Lily James transformed into a mermaid in this exquisite, sea blue backless dress, draped with pearls, which Versace had provided for the siren. 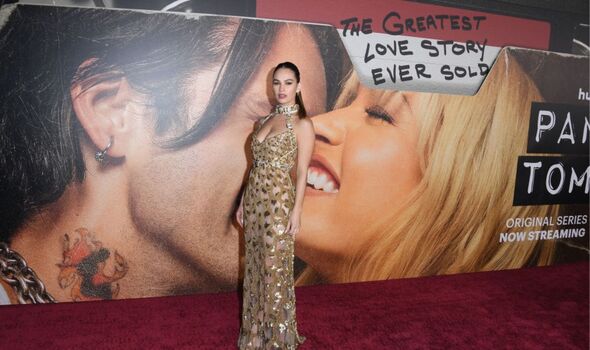 Lily James at the premiere of Pam and Tommy

Lily James, who has also been in Downton Abbey, had returned to wearing her hair dark as she rocked a glamorous gold maxi dress with a buckle collar for the Los Angeles premiere of Pam and Tommy. 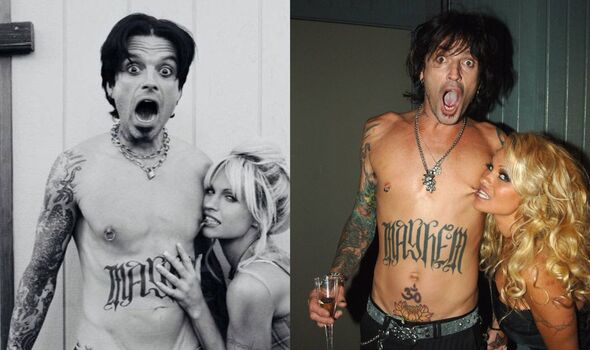 The Pam and Tommy series documented the passionate but troubled love affair between rocker Tommy Lee and Baywatch star Pamela Anderson, courtesy of Lily James and her co-star Sebastian Stan. Lily was nominated for Best Leading Actress for her part in the show.