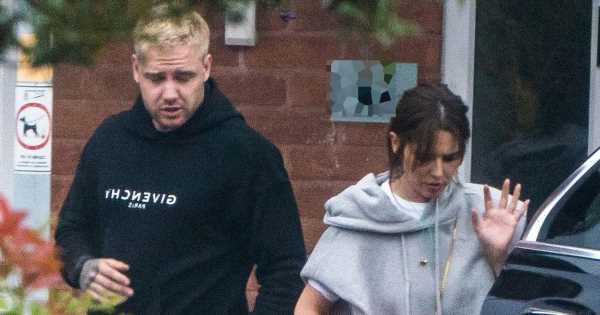 Liam Payne has been seen looking very different from his One Direction heyday as he reunited with ex Cheryl in public for the first time since his split from fiancée Maya Henry.

The 27 year old confirmed his split from Maya earlier this month, explaining he needed to "sort himself out" after realising he's "not very good at relationships".

He has now been seen alongside his ex Cheryl, 38 – who he shares four year old son Bear with – in public for the first time in three years.

Strip That Down hitmaker Liam split from Girls Aloud singer Cheryl in July 2018, but they have maintained a good relationship for the sake of their son.

The former couple have previously spoken about spending Bear's birthdays and Christmases together, but have not been seen together since their split.

However, new photos show the singers attending Liam's niece's birthday party in Wolverhampton as they are seen leaving a house and getting into a car.

In a dramatic new look, former X Factor finalist Liam shows off his bleached blond hair and eyebrow slit, which he debuted following his split from Maya.

He modelled a black T-shirt as he appeared in deep conversation with his former flame, throwing a Givenchy Paris hoodie over the top of his casual outfit.

Meanwhile, brunette Cheryl looked fresh-faced with her hair pulled back into a bun with strands framing the front of her face.

Cheryl donned an oversized yet sleeveless grey hooded jumper, which she teamed with a lilac asymmetric pleated skirt.

Liam recently opened up on being a dad to son Bear, discussing why he and Cheryl have decided against sharing photos of their child.

Speaking about his family life and relationships on a recent episode of The Diary Of A CEO podcast by Steven Bartlett, he said: "Obviously we protect his identity at first and that's not being pretentious or anything other than the fact that I want to give him a chance to be Bear first before he has to be his mum and dad's son.

"What I love when I see my son is that he can be anything he wants in that moment."

When Bear was first born, Liam shared a beautiful picture of his newborn son as he held him for the first time, but he has since admitted that he will no longer share any pictures of his little man online.

Despite the complaints of his fans, both Liam and Cheryl want to give Bear as normal of a life as he can possibly get with two famous parents.