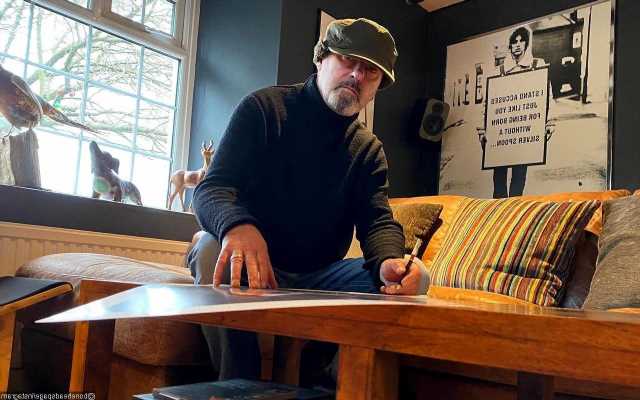 When revealing the medical scare on social media, Bonehead assures his fans and followers that ‘it’s treatable’ and he will be ‘starting a course of treatment soon.’

AceShowbiz –Paul Arthurs a.k.a Bonehead has been diagnosed with tonsil cancer.

The 56-year-old guitarist – who was a founding member of Oasis – has confirmed the news via Twitter, explaining that he’ll take a break from his music career while he undergoes “a course of treatment”.

He wrote on the micro-blogging platform, “Just to let you all know I’m going to be taking a break from playing for a while.

“I’ve been diagnosed with tonsil cancer, but the good news is it’s treatable and I’ll be starting a course of treatment soon.”

Bonehead is now set to miss all of his scheduled gigs this summer, including Liam Gallagher‘s much-anticipated return to Knebworth in June.

Liam, 49, has already taken to Twitter to show his support for Bonehead.

The former Oasis frontman wrote, “Sending BIG love to the 1 n only Bonehead and his family wishing you a speedy recovery we’re all thinking of you rasta you’ll be back on stage bfore you can say r we doing Colombia LG x (sic).”

Bonehead quit Oasis in 1999, saying he wanted to spend more time with his family.

However, he’s kept working with Liam over the years, including in his band Beady Eye and on other solo projects.

The former Oasis duo performed together at Liam’s sets at Reading and Leeds festivals in 2021.