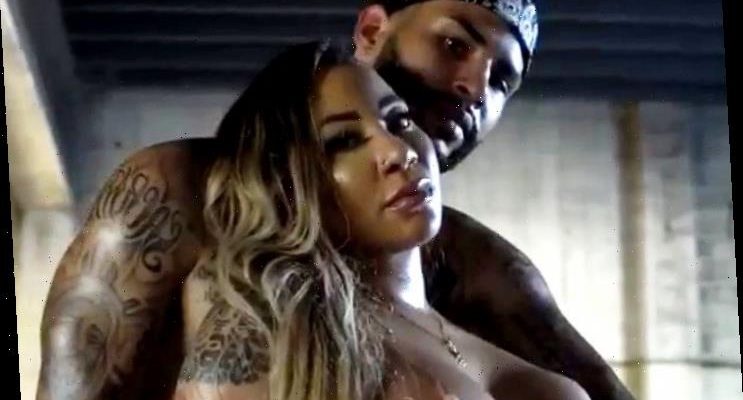 Alongside a picture of their marriage license, the ‘Love and Hip Hop: Hollywood’ star warns those who are trying to slide into De’Von Waller’s DM and hit on him.

AceShowbiz –Hazel-E isn’t one to stay engaged for too long. Days after announcing her engagement to her boyfriend De’Von Waller, the “Love & Hip Hop: Hollywood” star updated her fans on Instagram on Friday, October 11 that they are now more than ready to become husband and wife by obtaining a marriage license.

Taking to the photo-sharing platform, Hazel shared a picture of the paper that the got in Houston, Texas and warned everyone who tries to hit on him. “We are officially getting married so to all you home wrecking h**s stop trying it!” she wrote on the post. “Idgaf what type of situationship you had with my man before me, but going forward if I find you b***es trying it in his dm.”

She continued, “I’m exposing PERIODTTTTT we haven’t even been officially engaged for a week and you b****es still want to try it. Keep tryna get clout, cuz ima give it you you baby. Bet that. #NationofHazel and that’s on that.”

Hazel announced her engagement to De’Von on Sunday, October 6, posting a video of her flaunting her 10-carat ring. “I’m forever grateful for you helping me center myself and focus on my heart & helping me embrace real, true love, without 0 intentions. I’m finna pass out… this can’t be life. Future hubby,” the VH1 star wrote alongside the clip.

A few days later, Hazel shared a video of the proposal that showed De’Von getting down on one knee when the couple was hanging out in the balcony of their home. “So this is how he did it. Just a romantic night at the house, after running me to the nail shop, the tanning salon (allegedly getting lost to come pick me back up) buying me two dozen roses and waiting for the @astrobaseball game to the end. He dropped to one knee and popped the question!” she recalled.

It’s unclear when Hazel and De’Von exactly started dating, but the couple has been Instagram official for a few months. The pair even got matching tattoos.