Like other Oscar nominees at the 93rd Annual Academy Awards, which are taking place at Union Station Los Angeles, Odom Jr. took the opportunity to rock a shining gold ensemble, which featured a metallic suit and matching button-down shirt from Brioni.

The actor — who’s nominated for Best Actor in a Supporting Role and Best Original Song — complimented his ensemble with black staples, including a black turtleneck under his collared shirt and patent black shoes. He also wore an eye-catching gold ring from Cartier as well an Omega watch. Robinson coordinated her outfit to her husband’s, wearing a classic black off-the-shoulder gown that features a thigh-high slit and strappy heels. 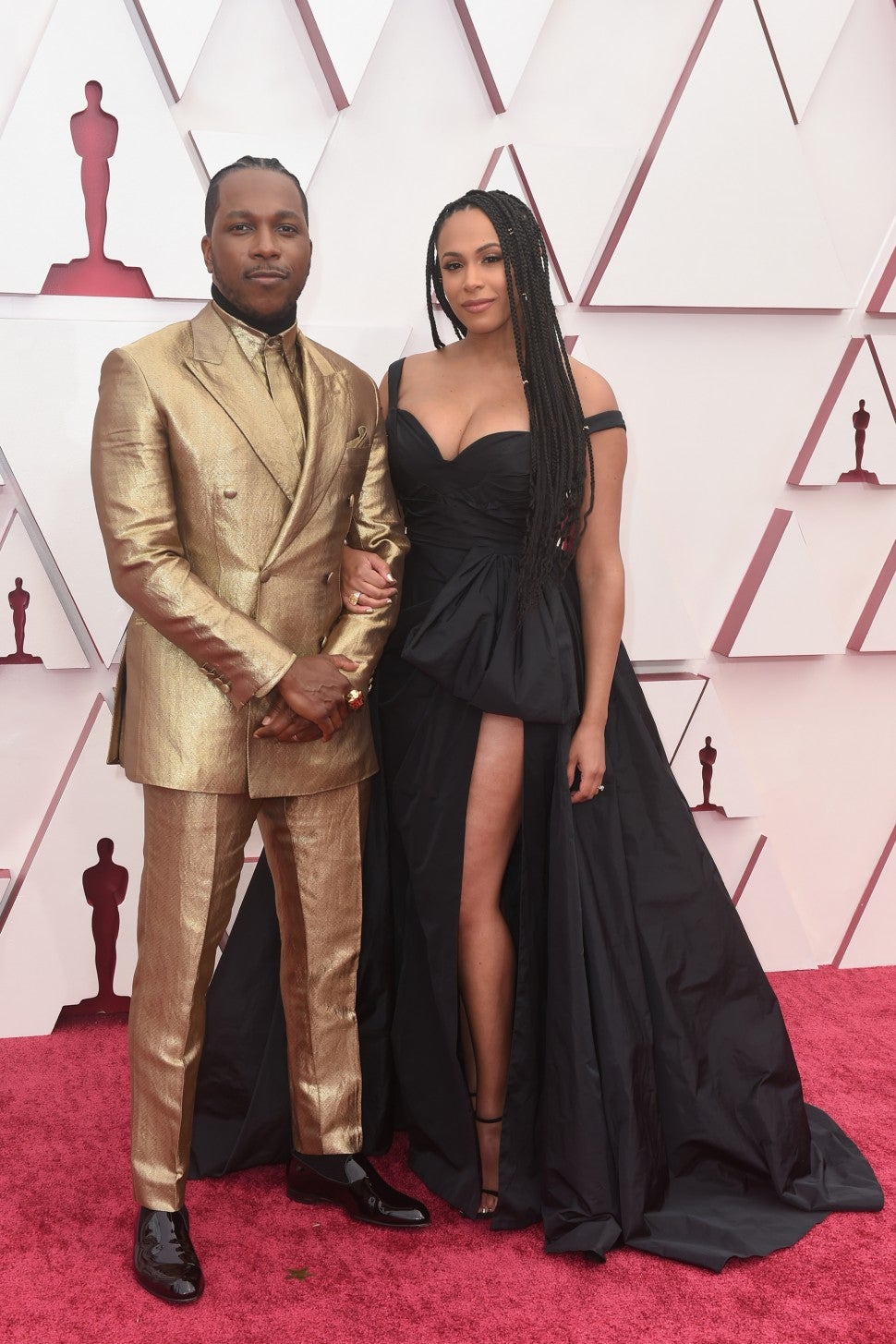 Odom Jr. stars in One Night in Miami… — which received an Academy Award nomination for Best Adapted Screenplay — as Sam Cooke. The Regina King-directed film depicts a fictional meeting of Cooke, Muhammad Ali, Malcom X and Jim Brown as they discuss the Civil Rights movement.

Follow along at ETonline.com for all our Oscars style coverage and live updates, including the Oscars winners list, updated as statuettes are handed out.