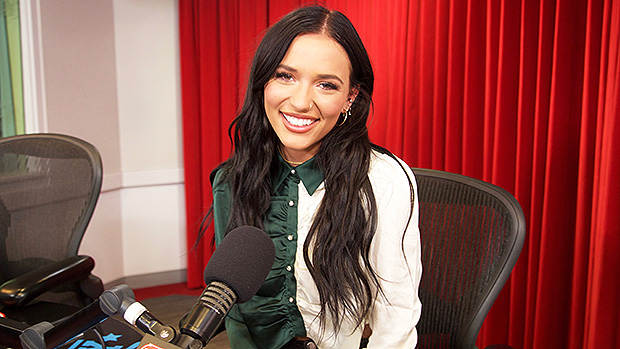 Congratulations are in order! HollywoodLife can EXCLUSIVELY reveal that singer and former ‘Nashville’ star Lennon Stella has been named Radio Disney’s ‘Next Big Thing!’ This is also the 10th anniversary of the ‘NBT!’

HollywoodLife is excited to EXCLUSIVELY announce that Lennon Stella, 19, is officially Radio Disney’s “NBT” (Next Big Thing)! “NBT” is a multi-platform talent program that puts the spotlight on young recording artists and their journey to success. This year marks the 10th anniversary of “NBT.” As Radio Disney’s “Next Big Thing,” the RECORDS/Columbia Records pop singer will be featured in a series of exclusive “NBT” videos on Radio Disney, Disney Channel, the Radio Disney app, the DisneyNOW app and social media platforms. Lennon joins an impressive roster of “NBT” alum that includes Shawn Mendes, Camila Cabello, Alessia Cara, Sofia Carson, Becky G, Kelsea Ballerini, and Why Don’t We.

Lennon is best known for her role as Maddie Conrad on the hit series Nashville. She played the onscreen daughter of Connie Britton and Charles Esten. Lennon and her real-life sister, Maisy Stella, also played sisters on the show. The series came to an end in 2018. The Stella sisters started their careers by covering popular songs on their YouTube channel. They became a viral sensation with their covers of Robyn’s hit song “Call Your Girlfriend” and more. Their YouTube channel has over 100 million views and nearly 800,000 subscribers.

Lennon’s first solo EP, “Love, me,” debuted in 2018 in the Top 5 on Billboard’s Heatseekers Album chart. She is set to embark on her first-ever headline tour across North America in spring 2019. The 13-date tour kicks off March 20. Lennon is also featured as a guest vocalist on Jonas Blue’s track “Polaroid” with former One Direction member Liam Payne. The song reached #2 on the iTunes UK chart. This is just the beginning for the very talented Lennon!