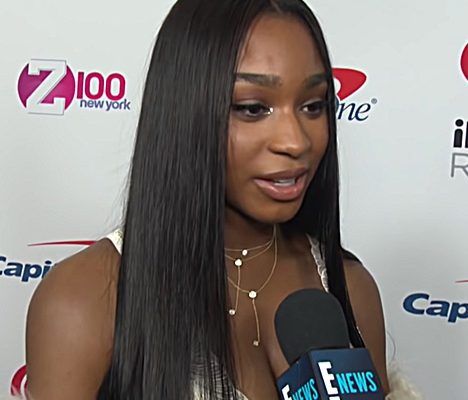 E! News just published snippets from interviews that it did over the weekend with Lauren Jauregui and Normani backstage at the Z100 Jingle Ball in New York. In both interviews, E! News asked the former Fifth Harmony members about the recent nomination of their one-time bandmate Camila Cabello for two Grammy awards.

Neither Lauren nor Normani shied away from the question. After making a broader point about how well women did this year in the nominations, Lauren said that she was “super proud of her” and “grateful” that Camila has gotten to a place where she can be happy.

Normani also spoke about the year being a big one for women across the board in music. “We’re kicking a**,” Normani said. But when asked specifically if she would want to congratulate Camila, Normani said “of course – why wouldn’t I?” The she added, “I love her so much.”

So it seems like time heals all wounds. And now that all the former members of Fifth Harmony are pursuing solo careers, maybe they have a little more empathy for the feelings that led Camila to leave the group when she did.

You can check out their full responses in the video clip below.