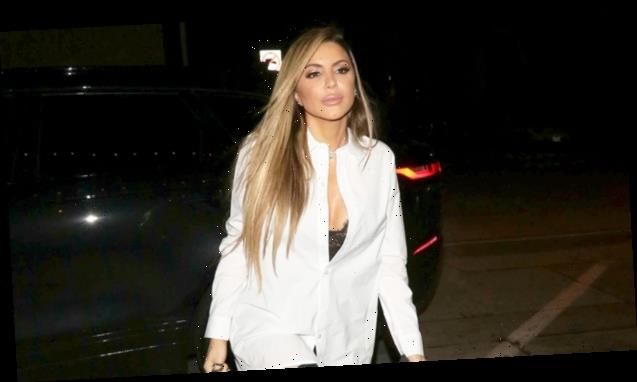 Following a tell-all interview about her falling out with the Kardashians , Larsa Pippen is continuing to talk. — This time, in the form of a cryptic, yet telling quote. See her first social media post amidst her feud with the famous family.

Larsa Pippen has presumably put her drama with the Kardashians behind her — or, at least that seems to be the plan. The television personality, 46, took to Instagram on November 10, to share a mysterious quote that fans claim is a direct message to the famous family. — “Pray, then let go. Don’t try and manipulate or force the outcome. Just trust God to open the right doors at the right time. Amen,” Larsa’s post read.

The former Kardashian confidant shared the cryptic message just one day after her bombshell interview about her broken relationship with the family. During an interview with Dax Holt and Adam Glyn on their Hollywood Raw podcast, Larsa blamed Kanye West for her falling out with ex-BFF (and his wife) Kim Kardashian. She went as far as to claim the Grammy-winning rapper “brainwashed” Kim and the Kardashian family against her.

“I just feel like Kanye was in a place where he really didn’t trust anyone with Kim,” Larsa said, adding that Kanye used to call her during all hours of the night to “rant.” She went on to admit that the calls became so frequent that she was forced to “block” Kanye’s phone number, which she assumed made him unhappy.

“I was his go-to person to call when he wasn’t happy with X, Y and Z,” Larsa recalled. “How that turned? Maybe because I blocked him on my phone because I couldn’t bear taking his calls anymore. I can’t. I’m drained.” 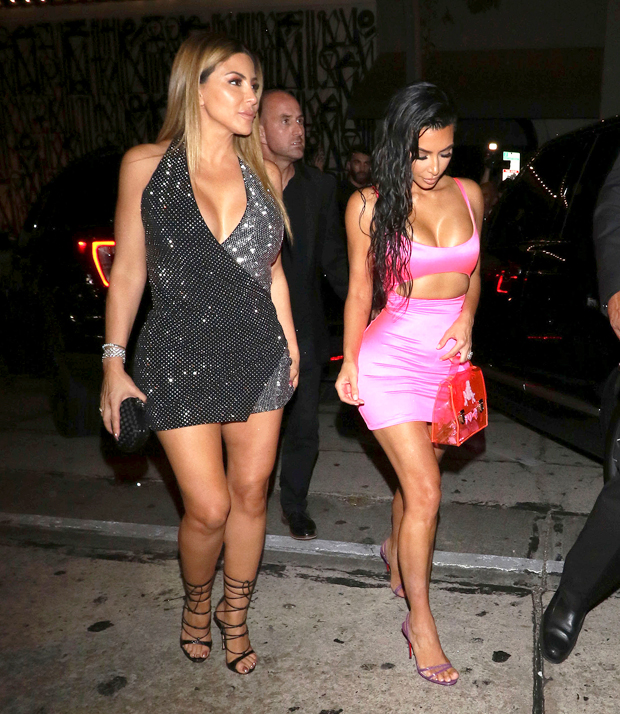 Larsa went on to admit that while the drama was “hurtful” for her, she’s doing just fine. “If Kanye feels that he and Kim are better off without me, then let them be without me,” she said. “I’m okay with that. Do I look like I’m suffering? Do I look like I’m in pain? I’m okay. I will survive. Was it hurtful? Yes. But do I have love from a lot of other places?Yes. This shall pass, too.”

Larsa did admit that the whole situation was “hurtful” for her, but confirmed that she’s doing just fine. “If Kanye feels that he and Kim are better off without me, then let them be without me,” she said. “I’m okay with that. Do I look like I’m suffering? Do I look like I’m in pain? I’m okay. I will survive. Was it hurtful? Yes. But do I have love from a lot of other places?Yes. This shall pass, too.”

Following Larsa’s interview, a source close to the Kardashians told HollywoodLife that the famous family feels “betrayed” by the former Bravo star. “The KarJenners are known for having each other’s backs when it comes to their tight-knit group of friends and family. They don’t speak out about their personal lives unless it’s something that’s discussed among those involved, and like any family, they don’t publicly air dirty laundry,” the source told us, exclusively.

Fan noticed there was trouble between Larsa and the Kardashian sisters when they unfollowed each other on Instagram around in late July. The social media shakeup coincided with Kanye’s public meltdown over the summer, where the threatened to divorce Kim on social media. The Skims founder, 40, later explained that her husband’s actions were due to his battle with bipolar disorder at the time.