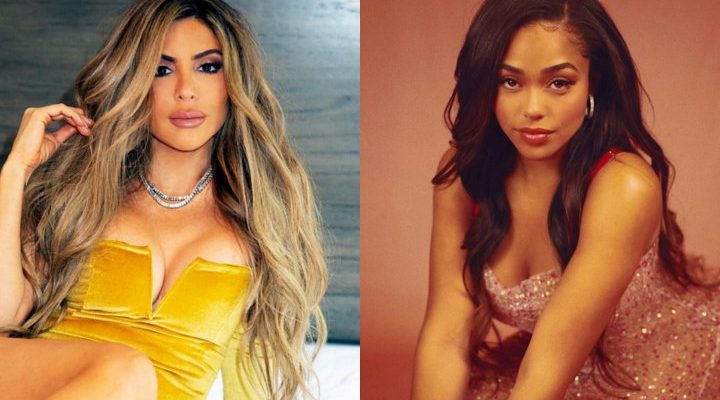 AceShowbiz –Larsa Pippen won’t let critics have the last laugh after receiving backlash for a comment she made about Jordyn Woods, who is involved in cheating drama between Khloe Kardashian and Tristan Thompson. In response to the criticism that she got, the wife of Scott Pippen insisted that she was only telling the truth and denied being a bully.

Taking to Instagram Stories, Larsa said, “I’m so sick of ppl saying I’m a bully all I said was the truth. I would tell my 10 year old that. If you’re gonna be doing interviews tell the truth. I don’t handle my problems publicly, I handle them privately.”

However, the internet thought that the former “The Real Housewives of Miami” star was missing the point because they were roasting her for her hypocrisy. For those who need a reminder, Larsa was cheating on her husband with Future twice. That was why many believed she had no position to blast Jordyn.

Reading her response, some pointed out that Larsa actually handled her own cheating allegation publicly. “She publicly slept around and tried to sabotage her husband PUBLICLY,” one commented as another chimed in, “Naw you just f**k other men in public for your kids to see.” Meanwhile, one individual snarked, “Shut yo dumb grown a** up, you make no sense! If you do things privately then don’t speak on s**t publicly.”

“This stupid ignorant b***h needs 2 mind her damn business. Worry about ur fake a** and ur husband that u cheated on instead of other people’s problems,” one other said, while another one wrote, “B***h you are an OLD a** bully not just a regular one. And your a** was bullying the girl before she sat down for the red table talk. Maybe one of you hadn’t this would have been more private!”

Larsa has yet to comment on the second backlash.