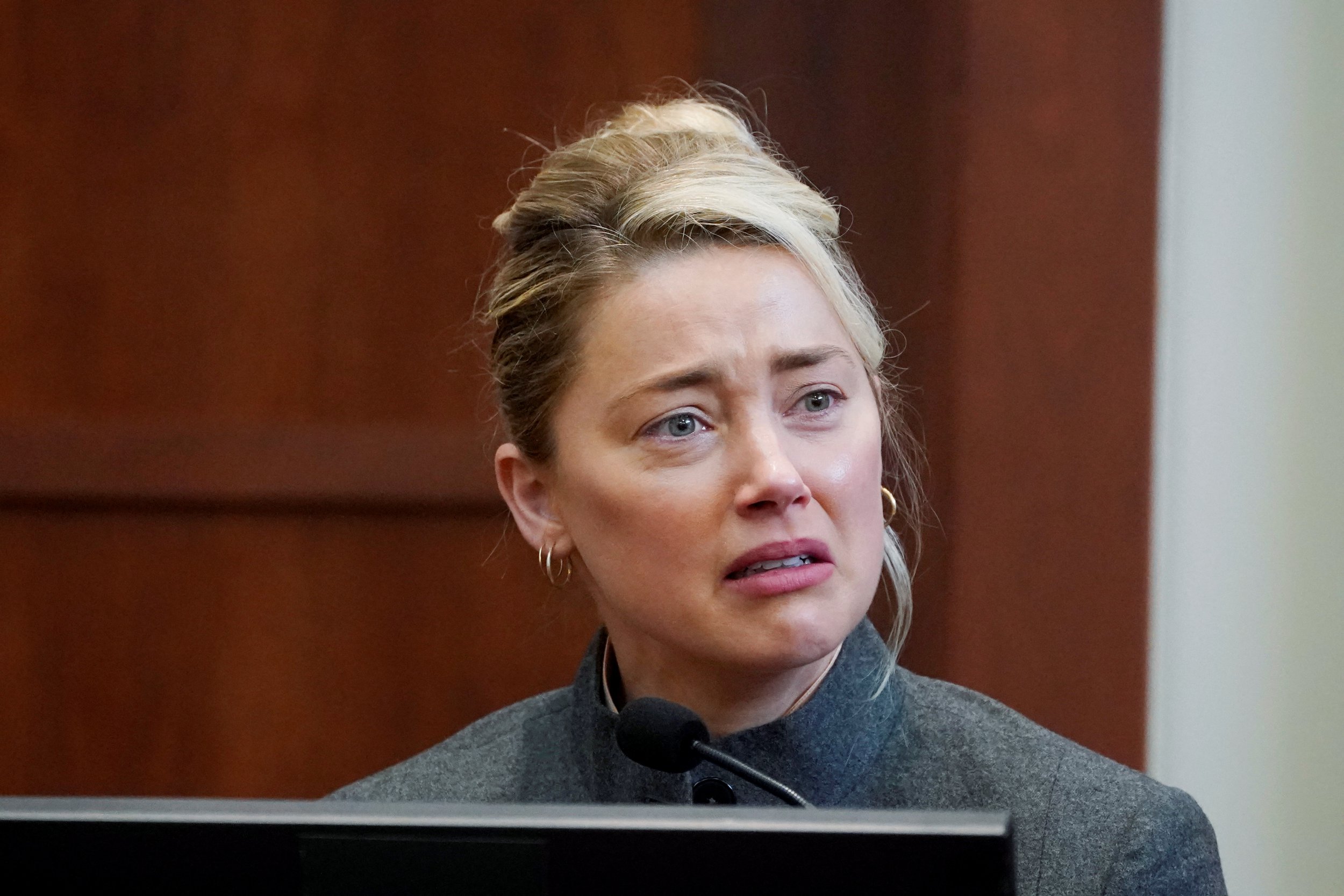 Lance Bass has been slammed on social media after he appeared to mock Amber Heard’s emotional testimony during Johnny Depp’s defamation trial.

The case continued this week after a week-long hiatus and the Aquaman actress returned to the stand, where she was later cross-examined by Camille Vasquez.

Taking to TikTok with a now-deleted video, the NSYNC singer shared a video in which he ‘re-enacted’ her testimony for followers, seemingly mocking the moment the 36-year-old spoke of allegedly being slapped by the Pirates of the Caribbean actor.

‘I lose my balance. At this point, we’re sitting next to each other on the edge of the couch,’ she could be heard recalling in a voiceover, while Bass acted out her words in his living room – before the clip was removed from his page.

‘I was just sitting there on this carpet, looking at the dirty carpet, wondering how I wound up on this carpet and why I never noticed that the carpet was so filthy before.

The clip ended with Bass lying on the floor and picking leaves off of his rug, with the caption reading: ‘In honor of the trial starting back up…Had 👏 to 👏 do 👏 it!’

However, some of his followers were unimpressed with the brief clip and condemned his behavior in the comments below.

‘Regardless of if she’s telling the truth or not, you’re literally making fun of domestic violence,’ one replied.

Another questioned: ‘Making fun of violence? That’s funny to you?’

‘These videos are not going to age well,’ a follower predicted, as a TikTok user agreed: ‘Yeah, making fun of an abuse victim is not cool.’

‘So disappointed. This wont age well,’ a fan added.

Depp is suing the Heard for libel and seeking $50million – the trial began last month and has since seen the former couple take the stand and discuss their relationship.

Heard sobbed on the stand as she detailed being abused by her former partner throughout their relationship, including one incident where she alleged that he penetrated her with a bottle during an argument.

The Edward Scissorhands star denied all allegations against him, insisting that he has never struck a woman.

He sought legal action over an op-ed she wrote in the Washington Post in 2018, discussing her experiences of domestic abuse – but did not name her ex.

His lawyers have argued the article implies he physically and sexually abused her during their relationship, while Heard is countersuing for $100million (£81m).