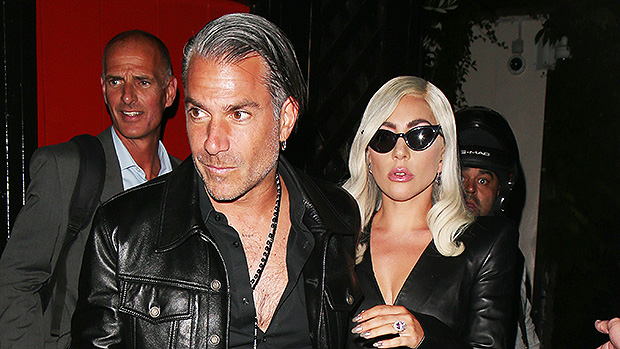 Love is dead – again! After two years together, Lady Gaga and her fiancé, Christian Carino have called off their engagement because it ‘just didn’t work out.’

“Tell me somethin’ girl / Are you happy in this modern world? / Or do you need more? / Is there somethin’ else you’re searchin’ for?” sings Lady Gaga, 32, in her award-winning “Shallow,” and it seems she’s indeed looking for something more. Amid reports that Gaga’s engagement was in trouble, a rep for the A Star Is Born star confirmed to PEOPLE that she and fiancé Christian Carino, 49, have called it quits. Sadly, this marks the second failed engagement for Gaga, as she and Taylor Kinney, 37, ended their five-year relationship in July 2016.

“It just didn’t work out. Relationships sometimes end,” a source told PEOPLE, adding that unlike the plot to A Star Is Born, “there is no long dramatic story” behind Gaga and Christian’s split. Though, to borrow a phrase from Gaga, some fans “live for the drama,” as they suspected something was up when they noticed Gag wasn’t wearing her engagement ring at the Grammy Awards on Feb. 10. She also didn’t mention Christian during her acceptance speech when she (and Bradley Cooper) won the award for Best Pop Duo/Group Performance.

Christian was also absent from the Grammys, which raised a few eyebrows since he’s been by her side as she’s attended other events during this awards season. Christian was there to celebrate his former fiancée at the Screen Actors Guild and Golden Globes. He even planted a kiss on her cheek after she took home the Golden Globe for Best Original Song. Yet, sometime in between then and now, their love fizzled out, leading to this non-“dramatic” split.

Fans also suspected there was trouble in paradise when on Valentine’s Day, instead of celebrating her engagement, Gaga instead went to get a tattoo. “Happy Valentine’s Day. A tattoo toast to ‘la vie en rose’ by the beautiful @winterstone my spinal cord is now a rose,” Gaga shared to Instagram, theoretically giving herself flowers on Valentine’s Day.

Gaga and Christian began dating in February 2017, and a rep confirmed their relationship to PEOPLE after they were spotted getting cozy during a Kings of Leon concert. Talk of engagement seemed to follow them as soon as they started dating. Gaga confirmed that long-rumored engagement in the most low-key way possible. While at Elle’s 25th Annual Women in Hollywood Celebration, Gaga – one of the women being celebrated at the event – thanked “my fiancé Christian.” Less than six months later, the two had called it quits. Bummer.