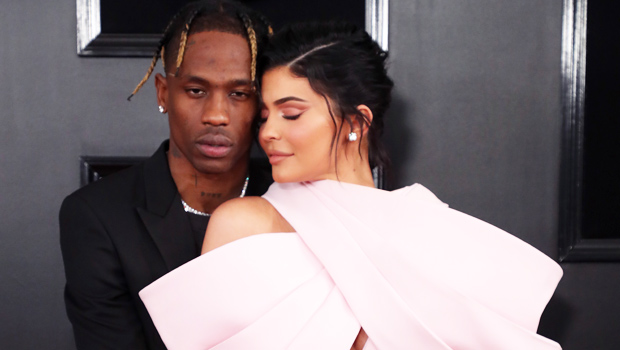 Kylie Jenner once again brought on the speculation that she’s engaged to Travis Scott when she posted a video of her left hand flaunting a giant diamond ring while driving to a photo shoot.

Kylie Jenner, 21, kept her fans guessing about a possible engagement between her and boyfriend Travis Scott, 26, when she took to her Instagram story on Feb. 17 to share a video of her left hand flaunting a MASSIVE diamond ring while on the steering wheel during her drive to some photo shoots. The huge square diamond was placed on her ring finger in the clip and although it’s the first thing to catch your eye when watching, Kylie didn’t mention it at all in her caption. “two cover shoots on this fine Sunday,” the reality star’s caption read, along with a timestamp.

This isn’t the first time Kylie caused engagement speculation by wearing a diamond this year. On Jan. 5, Kylie showed off a diamond ring on her finger while posing for a photo flaunting her midriff in a white athletic outfit with a crop top. She also made headlines numerous times last year for the same reason with other similar rings.

Although Kylie and Travis have yet to confirm an engagement, the rapper did admit he was planning on proposing to the mother of his one-year-old daughter, Stormi, eventually. “It got to a point where I was like, ‘I need [Kylie] with me to operate. She’s that one,’” he told Rolling Stone in Dec. 2018. “We’ll get married soon. I just gotta sturdy up — I gotta propose in a fire way.”

Two cover shoots today…what are you doing with your Sunday

Two cover shoots today…what are you doing with your Sunday

We can’t wait until the day Kylie and her man makes things official, if it hasn’t already happened! We’ll be on the lookout for any announcements!