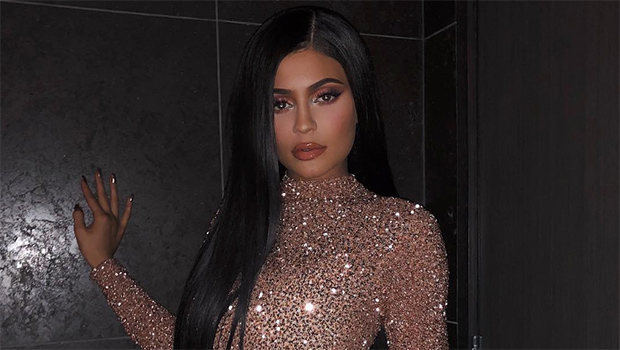 Kylie Jenner’s Christmas tree puts Whoville to shame! Find out the theme of this year’s tree, which is fitting for a soon to be billionaire.

Kylie Jenner, 21, is the queen of holidays. She earned the title once again after revealing her Christmas tree to Instagram on Dec. 3, which you can behold below! “Gold is the theme this year,” the Kylie Cosmetics CEO captioned the clip, which bestowed a gilded tree that towered over her home’s second floor. She then thanked artistic director Jeff Leatham for making the “Christmas magic happen.” There’s certainly enough room under the tree to home a generous amount of gifts for Travis Scott, 26, and their nine-month-old daughter Stormi Webster!

Khloe Kardashian, 34, was among the many fans left in awe. “Wowwwwwwwww so spectacular,” Kylie’s older sister commented underneath the video. But a wave of fans couldn’t help but remark on how extra the tree is, true to the brand of the Forbes cover star. “My bank balance is shaking,” one user commented. Another wrote, “I feel like this is my level of extra.” Kylie’s holiday décor especially inspired one fan, who mused, “If my house and tree doesn’t look like this i didn’t work hard enough lmao.”

We’re anticipating even more Christmas magic, judging by the recent bonding between Kylie’s family of three. She and Stormi have tagged along on Travis’s Astroworld tour, which kicked off in Baltimore, Maryland on Nov. 8 and will end in Portland, Oregon on Dec. 22…just in time for Santa Claus to drop by Kylie’s mansion! Travis’s state-hopping has only brought the family closer, as Kylie showed us in a vlog of their concert stop in New York City’s Madison Square Garden, which she uploaded on Nov. 29. The makeup mogul revealed that Stormi is already saying “dada,” and gave us a behind-the-scenes look at her cozy ride with Travis onboard the Astroworld carnival roller-coaster. They were even photographed holding hands after the show on Nov. 27!

gold is the theme this year ✨ thank you @jeffleatham and team for never failing to make christmas magic happen..

We can’t wait to see what Kylie has up her Christmas sweater sleeves. The new mother paraded a whopping six costumes for the Halloween season, none of them slacking in design, so we’re not expecting her to slack in these upcoming weeks!