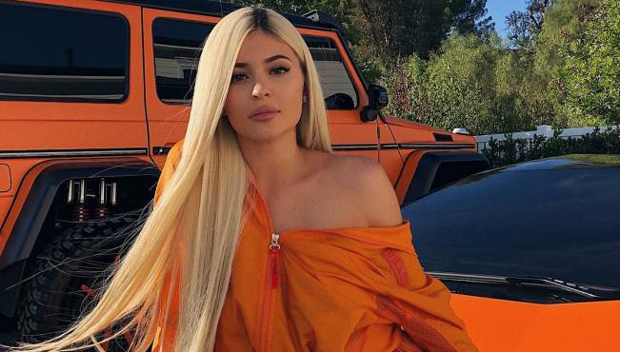 Kylie Jenner’s vintage Rolls-Royce won’t be so lonely in the driveway now! The makeup mogul added another of the luxury car to her collection, but this one is special — it’s her first custom car that she waited ‘months’ for.

There’s no limit to Kylie Jenner’s car collection, or her wallet. The Kylie Cosmetics CEO, whose net worth is nearly at $1 billion, bought a new car that makes her Lamborghini and G-Wagon look like Ford Fiestas. She’s the proud new owner of an ice blue Rolls-Royce Wraith, and the basic version starts at an MSRP of $320,500. But the numbers don’t stop there, as Kylie’s new set of wheels is wrapped with an ice blue exterior and interior, a name engraving in the front door, and an indoor roof with twinkly lights. Is this a car or the Polar Express? “I’ve waited so long for you,” Kylie captioned an Instagram Story revealing her new ride on Dec. 14. In another video, she said, “You guys, my first custom car. I’ve waited months for this. I’ve always wanted an ice baby blue Wraith.”

The Keeping Up with the Kardashians star is serious about her automobile collection, which is why she made HollywoodLife’s roundup of celebrities with the most expensive cars! Kylie has welcomed an impressive number of cars in 2018, as she bought a Lamborghini Urus in November. She also received two cars as gifts from boyfriend and baby daddy Travis Scott this year: a vintage white Rolls-Royce as a birthday present, and a $1.4 million Ferrari LaFerrari as a push present. And that’s not counting her Range Rover, Lamborghini Aventador, Bentley, Mercedes G-Wagon and two Ferrari Spiders.

Clearly, business is going good. Kylie’s cosmetics company was valued to be worth $800 million by Forbes in July! She really is a self-made woman, as the magazine labeled her. Instead of relying on the KarJenner empire to fund her luxury cars, Kylie told the magazine she used $250,000 from past modeling jobs to invest in producing the first 15,000 lip kits that launched in 2015. So, Kylie doesn’t need to rely on Travis to buy her Ferraris, but the gesture is nice.

Don’t worry, Kylie hasn’t forgotten her other cars. She later snapped a picture of her new toy with the oldies, along with a caption that read “My babies.”