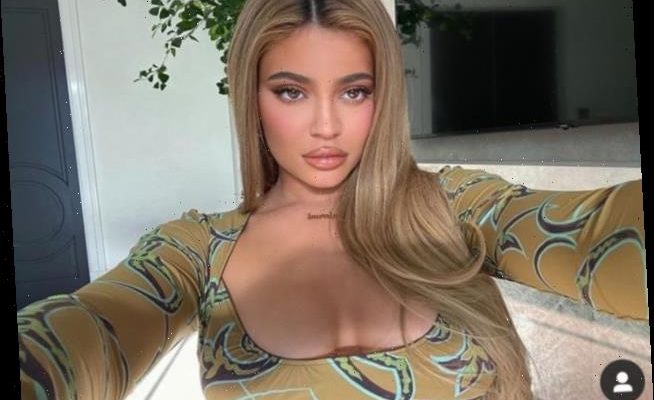 Earlier this week, we reported on a yet another impressive career milestone achieved by Kylie Jenner.

The 23-year-old mother of one is now the first member of the Kardashian-Jenner family to reach 200 million followers on Instagram.

That might not be as awe-inspiring as becoming the world’s youngest self-made billionaire, but it’s still quite a feat.

Having passed the 200-mill mark, Kylie joins the ranks of the site’s most popular celebs, including Cristiano Rinaldo, Ariana Grande, and Dwayne Johnson.

It’s a testament to Kylie’s abilities as a self-promoter that a reality star and cosmetics mogul has amassed a following that’s on par with the world’s most famous athletes, actors, and pop stars.

This essentially means that Kylie has transcended the brand created by her family and has now entered uncharted territory.

And how did she accomplish this feat?

Well, if she had simply followed the blueprint mapped about by Kim Kardashian and Kris Jenner, she probably would have peaked about 50 million followers ago.

Kylie took her own path and used her knowledge of social media and her own generation to attain new heights.

Put simply, Kylie knows how to rack up clicks and likes.

She understands and embraces her role as both an aspirational figure and a sex symbol.

For evidence of her ability to keep one foot planted firmly in each of these worlds, look no further than Kylie’s quarantine content.

Some public figures struggled during the pandemic, as the economic difficulties experienced by millions of Americans made difference between the celebrity world and the real world more stark than ever before.

But Kylie thrived under lockdown.

She understood that it wasfutile to try and meet fans at their level, and that some people craved celebrity escapism more than ever before.

And so, she gave fans a chance to live vicariously while offering up more eye candy than ebver before.

Sure, 2020 is still 2020 and the very foundation of society seems to crumbling at our feet, but the sight of Kylie twerking in a bikini is enough to temporarily take the sting out of things.

Now, with a third wave a new round of restrictions fast approaching, Kylie is once again stepping her game up, and presenting fans with a side of her they’ve seldom seen before.

And yes, we’re talking about her underboob.

Less revered than traditional cleavage but just as provocative, underboob is a medium in which few artists dabble.

But not surprisingly, Kylie pulled it off with her usual panache.

She captioned the above pic simply “blondie,” leaving it up to eagle-eyed fans to spot the provocative part, as though it were some sort of racy Where’s Waldo? puzzle.

As is the case with so many of Kylie’s posts these days, some fans are convinced that she’t trying to upstage Kendall Jenner and claim her place as the hottest member of the Kar-Jenner clan.

Kylie Jenner’s Sexiest Photos of 2020: At Least SOMETHING Good Came Out of This Craptastic Year!Start Gallery

That may be the case.

After all, the sisters are known for their competitive spirit.

But these days, Kylie is pretty much in a class all her own — and she’s not really in competition with anyone.