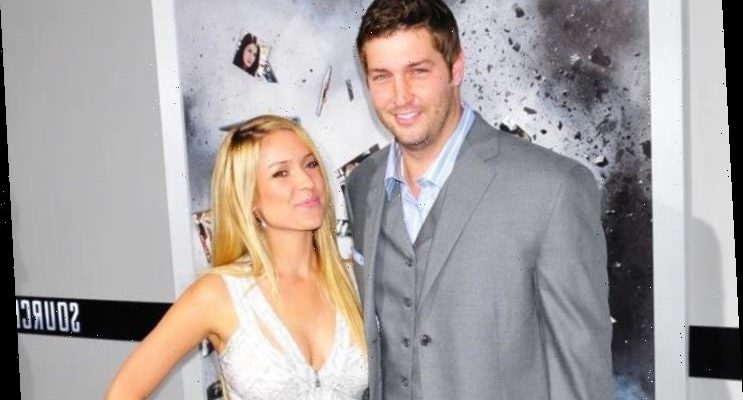 Months after shocking fans with the split announcement, the former star of ‘The Hills’ claims that she and her estranged husband tried really, really hard for years to work out their differences.

AceShowbiz -Reality star Kristin Cavallari is proud of herself for checking out of her marriage to Jay Cutler after realising it was no longer working.

The former couple shocked fans in April with the split news, but the former star of “The Hills” insists the decision was a long time coming.

“It didn’t happen overnight,” she tells People magazine. “We tried really, really hard for years and years. It was the hardest decision I’ve ever made.”

Looking back, Cavallari also believes growing up impacted her relationship with Cutler.

“I met Jay when I was 23. I was a baby,” she shares. “Jay and I had so much love for each other, but we grew up. When you work at something for so many years and nothing’s changing, I think you have to just make a decision. We all want to be happy.”

“I’m proud for making this decision,” she continued. “It wore at me every single day for years. I feel like my whole world is opening up now because of it, and I’m just feeling the best I’ve felt in a really long time. I’m really excited about the future all around.”

Despite the break-up, the designer values her connection to the football star, who is the father of her children Camden, eight, Jaxon, six, and daughter Saylor, four.

“I still care so much about him and talk to him almost every day,” she added. “We have three kids together. He’s going to be in my life forever.”

Living Linear: How WarnerMedia’s Brett Weitz Is Adapting to a Streaming World

Tiffany Trump’s Engagement Announcement Is A Last Hurrah At The White House
We and our partners use cookies on this site to improve our service, perform analytics, personalize advertising, measure advertising performance, and remember website preferences.Ok