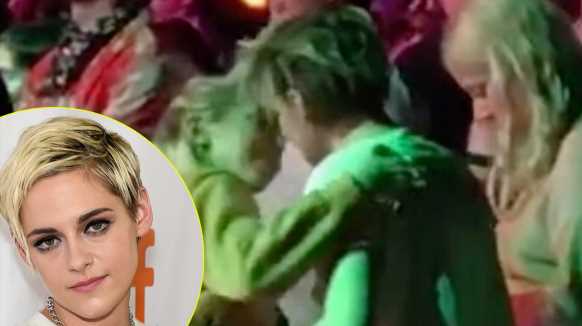 The couple was seen showing off some PDA during night one at the 2019 Coachella Music Festival on Friday night (April 12) in Indio, Calif.

Kristen and Sara were spotted kissing and holding hands while watching The 1975‘s set with friends during night one of the festival. They have been dating since the end of last year.

Make sure to keep checking back all weekend for more coverage of celebs at the festival.

20+ pictures inside of Kristen Stewart and Sara Dinkin at Coachella…